Amid doubts around the implementation of the €800 billion recovery fund, European Commission and experts stress that the EU instrument is not a US-like emergency stimulus but an investment tool for the medium-term to transform the European economy.

Last July, every EU leader agreed on describing the recovery fund as a “historic deal”, built on the unprecedented joint issuance of €800 billion of EU bonds.

But the slow process of finalising all the details of the fund, preparing national recovery plans and green-lighting the massive borrowing in national parliaments sparked concerns among investors and criticism in national capitals.

“We have lost too much time. China has resumed its growth, the US is booming, the EU must remain in the race,” French finance minister, Bruno Le Maire said recently.

By Friday (6 May), only half of EU governments have submitted their investment and reform proposals to access their part of the funds, although they were expected by 30 April. Meanwhile, seven member states must still ratify the Own Resources Decision to make it possible to borrow the €800 billion in the markets.

In addition, the European stimulus has been dwarfed by the never-ending impetus of the Biden Administration, who have already put forward the fifth spending package for the US economy.

In recent weeks, EU institutions and finance ministers have rushed to point out that the comparison with the US efforts is unfair because EU governments had already approved national measures and European welfare programmes are more robust than on the other side of the Atlantic.

“Critically, a focus on scale understates the size and transformational nature of the support being provided, particularly for the EU economy,” Eurogroup president Paschal Donohoe wrote in the Financial Times in March.

The Commissioner for Economy, Paolo Gentiloni, emphasised that the recovery fund, in particular its main pillar, the Recovery and Resilience Facility, is not “emergency money”, given that the first response given by member states was very strong and other EU instruments were approved before, including the SURE scheme to support workers.

Gentiloni explained that “this common money is for quality growth, it should be connected to green and digital transitions and reforms”.

Maria Demertzis, deputy director of Bruegel think tank, agreed that the recovery fund is not a stimulus comparable to the checks sent to citizens and authorities by the Biden Administration.

She argued that the European fund “is a medium-term investment instrument, not a fiscal stabilisation tool, and it is important to remember that because people talk about it as if it was an ordinary stimulus”.

In the near future, it could provide resources to impulse Europe’s leadership in the green transition and help the bloc catch up in the digital race.

Ángel Talavera, head of European Economics at Oxford Economics, however, warned that “there is a lot of uncertainty about the economic impact of a recovery plan of this kind. It will take many years to see what results it will bring”, for example in the digital transformation.

In the medium term, the Facility could represent the ‘carrot’ to implement long-delayed reforms in member states, for example, to transform the labour market in Spain or the justice system in Italy. The European Semester, the EU mechanism to coordinate national economies, did not provide enough incentives in past years because it lacked teeth, experts said.

In a recent paper, the Centre for the European Policy Studies highlighted that the RRF “has the potential to steer the implementation of structural reforms”.

“The disbursement of the RRF funds is linked to the completion of targets and milestones set in the National Recovery and Resilience Plans, which are defined in line with the structural reforms identified by the country-specific recommendations (CSRs),” the paper said.

But Demertzis was sceptical about the implementation of major reforms with high political costs and recommended “not to expect too much” from governments. She said that “emphasis” would be given to reforms linked to the green and digital agendas, although some “first steps” would be taken in labour, pensions and other difficult areas.

“This would be already a good thing because it is important to remain realistic,” she added.

In the long run, the RRF, which will be operative until 2026, could turn into the permanent fiscal instrument the EU is missing to deal with economic shocks, as the European Central Bank already requested in September at least for the euro area.

This step would require a potentially tricky change of EU treaties, and member states allergic to new fiscal transfers, including Germany and the Netherlands, have insisted on the temporary nature of the recovery fund. This will be one of the political battles to come, but only once the pandemic is over and member states prove they are making good use of the recovery funds. 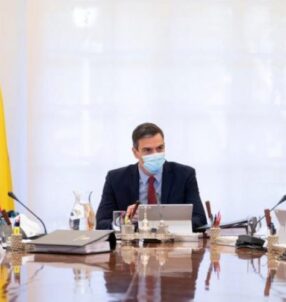