The EU will conduct strategic reviews in early 2022 into its military and civilian missions in Africa, following reports that EU instructors might have provided training to local forces in the Central African Republic controlled by the Russian mercenary group, Wagner.

Wagner is believed to be owned by Yevgeny Prigozhin, a close associate of Russian President Vladimir Putin, and be linked to Russia’s political elite.

It first came to public attention that the mercenary group was offering its services to governments in 2014 when it backed pro-Russia separatists in the conflict in eastern Ukraine. Since then, it has been involved in countries including Syria, Mozambique, Sudan, and the Central African Republic.

It suspended its military training mission in the Central African Republic (CAR) and returned 70 European instructors to their home countries over Wagner’s alleged “control” over its armed forces.

The EU’s decision to impose sanctions was given a fulsome welcome by the US State Department but is set to force a rethink of EU’s missions across Africa.

Responding to questions from EURACTIV, the European Commission foreign affairs spokesperson, Peter Stano, said the EU was “increasingly alarmed by the activities of the Wagner Group” as “their legal status is vague, as are their modus operandi, objectives and targets.”

“It is clearly very difficult to prevent and ensure accountability for potential violations of human rights and international humanitarian law in the context of such ambiguity,” Stano said.

The EU has now recalibrated its mission in the Central African Republic, where Wagner operatives were reported to have been training local forces alongside activities EU instructors have been pursuing.

“Reports indicate that the Central African armed forces have received bilateral support from Wagner; this cooperation has been established without any transparency,” Stano said.

“We are concerned that not all security actors in CAR respect international standards of engagement, and in particular international humanitarian law,” he said.

“We also stress the importance of all international partners acting in a transparent and coordinated manner, and we have expressed our concerns in this regard to the CAR government at the highest level,” he added.

Borrell’s spokesperson also said that the EU was not directly working with the UN’s Multidimensional Integrated Stabilization Mission in CAR but was instead leading on country’s defence sector reform.

“EUTM is a training mission, not a combat mission, it is not physically on the battlefield and is not engaged on the battlefield alongside the Central African Armed Forces (FACA in French). To be clear: we are not cooperating with the Wagner Group anywhere,” Stano clarified.

He confirmed that “there are no plans for the FACA to receive additional training from EUTM at the moment or in the short term. This is a temporary operational measure.”

“For the time being, this means that EUTM CAR will temporarily refocus its efforts on strategic advice to the Ministry of Defence and military HQ,” he added.

However, the decision to impose sanctions on the Wagner group will have implications for EU missions supporting local forces in Mozambique and the Sahel region, where Wagner soldiers offer similar services to those in CAR.

France has already threatened to withdraw its troops in Mali following reports that the Malian government could hire Wagner.

In September, French Foreign Minister Jean-Yves Le Drian said the presence of Russian mercenaries was “incompatible with our presence”, a position that was echoed by then German Defence Minister Annegret Kramp-Karrenbauer.

Earlier this year, several European member states, including the Czech Republic, sounded a warning about how Russia portrays the EU’s training mission in Mali (EUTM Mali), with Moscow pushing the narrative “that the EU occupies Mali”.

Several European states, including Sweden, Denmark and the Netherlands, want the EU Training Mission in Mali, whose mandate will have to be extended at the end of this year, to remain in place.

The EU has suspended budget support for Mali, where the military junta government has held a series of recent meetings with Russian President Vladimir Putin and his Foreign Minister Sergei Lavrov, in addition to its talks with the Wagner group. 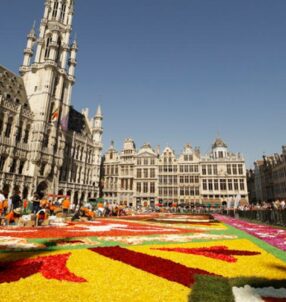