You are here: Home  /  EUROPE  /  Europe leaves austerity behind with job-driven recovery
EUROPE National recovery plans are expected to create at least 800,000 jobs by 2022 in the EU, thanks to additional public and private investment and planned reforms in member states, according to the European Commission.

The Commissioner for Economy, Paolo Gentiloni, has been saying from the outset of the COVID-19 pandemic that Europe has learnt the lessons from the previous crisis.

The austerity-driven response given to the financial meltdown a decade ago left many unemployed in Europe, especially in southern member states, and brought about a second recession in 2012.

As the pandemic forced businesses to close down temporarily across the bloc, the risk of witnessing massive laid-offs posed a serious challenge to EU institutions and national governments.

The first line of defense was the €100 billion SURE mechanism to protect workers when their employers cut their working hours last year.

Once the recovery is taking root, the priority will be not only to recreate hundreds of thousands of jobs destroyed during the 2020 recession, but also to support workers in their transition towards new types of businesses in the ‘green’ and digital economy.

The EU’s €800 billion recovery fund will bring the badly needed investment missing in the post-2008 crisis to facilitate this transition. In addition, its cash-for-reform mechanism will push national governments to adopt long-postponed reforms in the labour market and business environment to facilitate job creation.

According to Commission estimates, investments from NextGenerationEU, the EU’s recovery fund, could generate up to two million jobs in the EU.

More specifically, projects included in the national recovery plans will help create half a million jobs this year and 300,000 jobs in 2022, according to the Commission’s forecast.

A Commission spokesperson told EURACTIV that this only represents a first snapshot of its impact in the labour market, given that the fund will be running until 2026.

“National recovery and resilience plans are expected to contain reforms designed to affect the supply side conditions, which take time to materialise,” the spokesperson added.

For that reason, “more substantial effects” are likely to materialise beyond 2022, the Commission official said.

Speaking to reporters following an informal meeting of ministers of employment on 9 July, the Commissioner for Employment, Nicolas Schmit, said he was satisfied with the labour and social measures included in the national recovery plans after an analysis conducted by his services.

The Commission, however, did not disclose details of this analysis when EURACTIV requested information before this article was published.

Spain is one of the countries that is going to put forward one of the most ambitious labour market reforms among the European economies to address the staunchly high structural unemployment.

Among other initiatives, the Spanish government will reduce to three the types of work contracts to tackle the high number of temporary jobs and review the collective bargaining.

For the European Trade Union Confederation, the priority should be to increase investment in all sectors, including social and health services; to pursue a socially just climate transition, creating ‘green’ jobs; and to digitise our economy while respecting workers’ rights.

The Commission has in the pipeline various initiatives to protect workers in the new economy after the pandemic.

In late October, the EU executive will put forward a communication on ‘Decent work for all”, and a proposal to improve the working conditions for platform workers will be released in December. 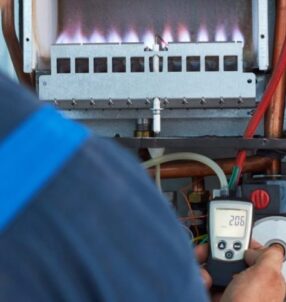