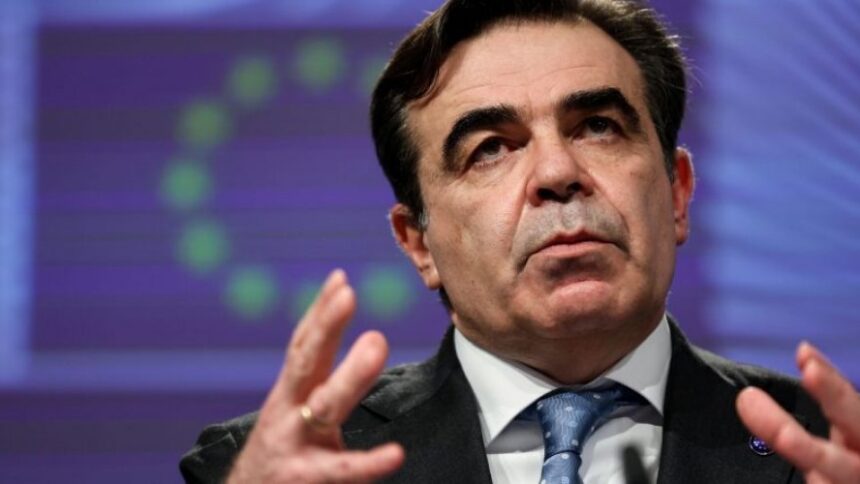 A top European Commission official said on Monday (28 June) he has “doubts” about Covid-hit Britain hosting the Euro 2020 semi-finals and final at Wembley and urged UEFA to “analyse” that choice of venue.

Margaritis Schinas, a European Commission vice-president with the portfolio of “protecting the European way of life”, told the European Parliament that speaking “personally” he could not see the sense of the semi-finals on 6 and 7 July and an 11 July final being played in London.

“I want to share with you my doubts about the possibility of organising the final and the semi-finals at Wembley, in a packed stadium, at a time that the United Kingdom itself is limiting its citizens’ travel to the European Union,” he said.

“I think UEFA needs to carefully analyse this decision… a decision that needs to be taken with full knowledge of the facts,” Schinas said.

The British government, which is struggling with a sharp upsurge of the Delta variant fuelling an infection rate four times higher than in the European Union, has rejected any suggestion of the final matches being played anywhere else.

Instead, it announced last week that Wembley would be filled with more than 60,000 fans for the semi-finals and final.

Schinas acknowledged that the European Commission had no power over the choice of venue and said “we haven’t discussed that”.

“Those are decisions taken by UEFA.”

Under Britain’s Covid restrictions, all EU countries apart from Spain’s Balearic Islands and Malta are on an “amber list” which requires Britons travelling to them then going back to the UK to test and quarantine on arrival.