The EU’s recovery fund and private investors will push investment to a level not seen for more than a decade, but the risk of corporate insolvencies could hamper the European economy take-off.

According to the European Commission’s economic forecast published on Wednesday (13 May), the improved economic outlook, favourable financing conditions, and recovering corporate profitability will push up investment volumes.

But the game-changer will be the Recovery and Resilience Facility, which will mobilise the bulk of the EU’s €800 billion recovery fund.

The instrument “is expected to have an immediate, direct impact on GDP by generating demand through higher public and private investment”, said Martin Verwey, head of the Commission’s Directorate-General of Economic and Financial Affairs.

Optimism is coming back, following the most severe recession in the EU’s history. The drop in private investment was partly compensated by public spending, in stark contrast with the austerity economics of the post-2008 crisis.

The Recovery and Resilience Facility will start boosting European output from July onwards, especially in 2022. The impact of around 40% of the grants from the instrument, or €139 billion, over the next two years will also help to mobilise private investment, as the Commission expects crowding-in effects in countries like Spain, projected to be the fastest growing economy in 2021 and 2022.

But as Verwey pointed out, “implementation is essential”.

According the ECB, “if used for productive investment”, the recovery fund could increase eurozone GDP by 1.5% over the medium term.

The positive effect of European stimulus measures beyond 2026, when the instrument will expire, will depend “crucially” on the impact of the public investment on member states’ productivity, said the ECB.

However, the risk of a wave of insolvencies, lingering risk aversion and spare capacity in some sectors could hold back corporate investment.

Decreasing demand and uncertainty lowered incentives to invest during the pandemic, which could translate into “permanent effects” on potential output growth, the Commission said in its spring forecast.

“There is the risk that high levels of corporate distress further constrains investment going forward. In this regard, the question about the implications of the crisis for the solvency of firms and the number of bankruptcies is important,” the institution added.

The EU executive, however, said that the expected increase of corporate bankruptcies in the EU once the emergency measures are withdrawn is difficult to predict.

On top of the weaker financial situation of companies, investment could also be held back by reluctance among firms to take investment decisions, as recent surveys suggest.

Still, investment will register a 10-year high thanks to the opening up of the economies as vaccination progresses, the recovery funds are spent and uncertainty eases, making monetary and fiscal stimulus more effective at supporting businesses.

In addition, as idle capacity in capital-intensive sectors diminishes, incentives to invest are set to strengthen.

Companies are also finding easy financing in the markets. Annual growth rates of debt securities and equity issuance by non- financial corporations are still on the rise in early 2021.

Investors are willing to provide funding to weaker firms in exchange for higher expected returns and longer maturities.

The Commission believes that the public and private inflow of funds should help firms to adapt to changes unleashed by the crisis, especially to speed-up the digital transition and make progress on the green transformation.

In this regard, the Commission and member states agreed that as the rebound gains momentum, the focus should shift from protecting companies and jobs to paving the way for a sustained and sustainable recovery.

Among the policy actions, the EU executive and EU finance ministers want to progress on  measures to support viable companies after the pandemic, while narrowing the differences between national insolvency frameworks. 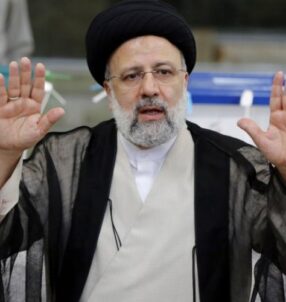