On Friday (17 December), the Bundesrat, the upper house of the German Parliament, adopted final details on how the EU’s Common Agricultural Policy (CAP) reform will be implemented in Germany. It had tied its approval of the corresponding regulations to several conditions – among others, on organic farming.

“Currently, Germany’s implementation plans for the agricultural reform are jeopardising the 30 per cent organic target,” Tina Andres, chair of the board at the Federation of the Organic Food Industry (BÖLW), told EURACTIV Germany.

In the coalition agreement, the parties of the “traffic light” coalition – the social democratic SPD, the Greens, and the liberal FDP – set the goal that 30 per cent of agricultural land should be farmed organically by the end of the decade at the latest.

However, the measures currently planned as part of the agricultural reform would put organic farms in a worse position “instead of offering the farms good prospects”, said Andres.

Federal states called on the government to ensure that all farms can participate in the so-called eco-schemes designed to encourage farmers to adopt environmentally friendly practices.

No disadvantage for organic farms

In addition to farms with grazing, a sufficient range of organic schemes must be guaranteed, especially for organic farms, the Bundesrat said in its resolution.

But critics say that the envisaged catalogue of measures, that will see implementing farms supported via eco-schemes, offers few opportunities for organic farms to receive support for already-implemented organic farming activities.

“The fact that organic farms are put in a worse position than their conventional colleagues when they voluntarily want to do more for the environment absolutely should not happen,” Andres said. She added that the federal and state governments now have to shape the national strategic plan to achieve the 30 per cent target.

At 30 per cent, the traffic light coalition is setting the target for the share of organic farming significantly higher than the previous government, which had aimed for 20 per cent by 2030. The EU-wide target, laid down in the Farm to Fork strategy, is 25 per cent.

The coalition’s ambition was welcomed by Priska Hinz, Agriculture and Environment Minister of the state of Hessen, who played a leading role in negotiating the agriculture chapter of the coalition agreement for the Greens.

“For healthy soils and clean streams and rivers, the expansion of organic farming is very important,” she told EURACTIV Germany. With the raised target, the new coalition agreement also gives the “necessary incentives” for the individual federal states to push the share of organic farming.

However, Alexander Beck, Executive Director of the Association of Organic Food Producers (AÖL) believes that the increased target for organic farming should primarily be seen as a declaration of intent. Whether the 30 per cent mark can actually be reached by 2030 is hardly foreseeable, he said.

To grow, the sector needs “an evolutionary development”. Producers would have to switch to organic production, while at the same time consumers have to “follow this path”, he told EURACTIV Germany. “These are all processes that, of course, take time.”

Yet Beck welcomed the coalition’s intention to focus more on trade, distribution, the consumer side, and the producer side when promoting the organic sector.

According to the coalition agreement, the new government wants to expand the future strategy for organic agriculture to include the entire organic value chain. Former Agriculture Minister Julia Klöckner adopted the strategy at the beginning of the year to bundle measures for promoting organic agriculture.

Although it still depends on the exact design, expanding the strategy is the right approach, according to Beck. “It is, of course, the right angle to say: this is not just an agricultural issue, but an issue for the entire food system,” he added.

The coalition agreement also provides more funding from the federal budget for research on organic agriculture.

Overall, a broad range of measures is needed to promote the organic sector effectively, Beck said – from education and training on nutrition issues to fiscal policy incentives.

“Noting down every measure that is needed would certainly fill a library,” Andres from BÖLW said, adding that the 30 per cent mark is “ambitious”, but important for a “systemic change on the desired scale”. 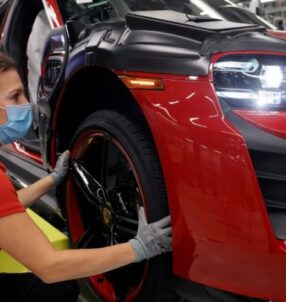