The EU should abolish unanimity in its foreign policymaking and not allow itself to be “held hostage”, Germany’s foreign minister Heiko Maas said on Monday (7 June), after several incidents in recent months derailed the bloc’s joint positions on a series of foreign policy matters.

“We can’t let ourselves be held hostage by the people who hobble European foreign policy with their vetoes,” Maas told an annual get-together of Germany’s ambassadors in Berlin.

“If you do that, then sooner or later you are risking the cohesion of Europe. The veto has to go, even if that means we can be outvoted,” he added.

His comments come after the junior minister at Germany’s foreign ministry, Miguel Berger, criticised Hungary on Twitter for blocking a number of measures and called for “a serious debate on ways to manage dissent.”

Maas’ comments reflect growing frustration in Berlin at the way in which EU member states can prevent the bloc from acting in matters on which a vast majority of members agree.

Germany is conscious of its economic and political heft within the EU and is normally cautious not to be seen as throwing its weight around.

However, the bloc’s unanimity rule has made it difficult to reach decisions among the EU27 on matters such as whether to impose sanctions on Belarus and Turkey.

Not new, but re-occuring

“I am and will remain confident that the topic of ‘majority decisions’ will be a central point in the discussions at the ‘Conference on the Future of Europe’,” Maas told the ambassadors in Berlin.

The idea of abolishing unanimity in joint foreign policymaking has been around for a while.

Most recently, the Netherlands and Spain argued in favour of revamping the rules, saying that “strengthening the EU’s ability to defend its public interests and increasing its open strategic autonomy requires effective decision-making mechanisms”.

“It could therefore be useful to explore in which areas the extension of qualified majority voting is possible, limiting – where possible and desirable – the instances where unanimity hampers the EU’s capability to act,” the two said.

Under qualified majority voting, a vote would need 55% of member states representing at least 65% of the total EU population to pass in the Council.

In April, Hungary blocked an EU statement criticising China’s new security law in Hong Kong, undermining the bloc’s efforts to confront Beijing’s restrictions on freedoms in the former British colony, which Maas called out as an “absolutely incomprehensible” decision.

Last month, Budapest refused to ratify a new EU political accord with African, Caribbean and Pacific countries, and also declined to support an EU call for a ceasefire in violence between Israel and the Palestinians.

At the same time, Hungarian Foreign Minister Peter Szijjarto in May also slammed the EU’s “one-sided” statements on Israel.

Under Prime Minister Viktor Orbán, Budapest has pursued closer ties with Bejing, most recently agreeing to host a foreign campus of a major Chinese university in Budapest despite a chorus of opposition protests. 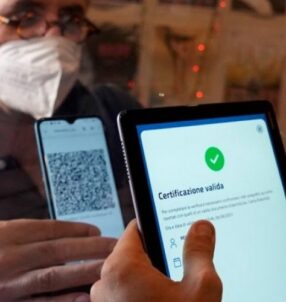