You are here: Home  /  SPORTS  /  How Man Utd could line-up under Ralf Rangnick as new boss looks to implement own style
SPORTS Manchester United are on the cusp of sealing a deal that will see Ralf Rangnick take charge of the club until the end of the season.

The Red Devils have been on the prowl for a new head coach following the decision to dismiss Ole Gunnar Solskjaer, the Norwegian overseeing a dismal run of results that saw five defeats from seven league games.

In turn, should Rangnick’s new position be confirmed he will be staring down the barrel of a mammoth task to steer United back into the title race.

Rangnick, 63, is expected to be handed the role and is set to leave his position as head of sports and development at Russian outfit Lokomotiv Moscow.

While Rangnick will only be in the Old Trafford hot-seat for the remainder of the current campaign, a two-part deal could see the former RB Leipzig boss remain in Manchester by taking on a consultancy role, with that contract stretching a further two years.

Though Rangnick is unavailable for United’s next league game – a daunting trip to league leaders Chelsea – there is hope he will be in the dugout for the visit of Arsenal the week after.

Seen as a guru among a number of football’s other elite coaches, Rangnick’s work may not be common knowledge to every member of the United faithful given the bulk of it has come in Germany.

There is cause for optimism however, as Rangnick’s tenure at RB Leipzig proves – the coach transforming them from Bundesliga also-rans to title challengers.

Rangnick has been previously dubbed the ‘the godfather of gegenpressing’, meaning United’s running statistics are likely to sky rocket after just a few games under his stewardship.

A stalwart of German football up until his move to Russia recently, Rangnick has already given United fans an insight into what to expect on the pitch from previous comments he has made on his footballing philosophy.

“Gegenpressing is a very proactive style of football, similar to the way in which Borussia Dortmund and Liverpool have been playing under [Jurgen] Klopp.

“We like to press high, with a very intense counter-pressure. When we have the ball, we do not like any square or back passes.

“The goalkeeper also should not be the one with the most contact on the ball. In almost every league and every country, the goalkeeper is technically the most limited football player on the pitch and therefore we have to make sure that he has the lowest contact with the feet.

A number of players already at Old Trafford that were exiled under Solskjaer could view Rangnick’s arrival as a chance to revive their faltering United careers, including the likes of Donny van de Beek and Jadon Sancho.

Given Rangnick likes his teams to play at break-neck speed, Sancho and one of Marcus Rashford or Mason Greenwood on the opposite flank seems to be his best bet.

Anthony Martial may still see his game-time limited given the traits in his armoury hardly aligning with those valued by his soon-to-be new boss. 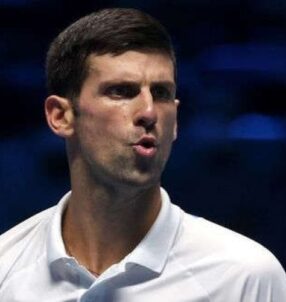