You are here: Home  /  INTERVIEWS  /  Interview with Peggy Stathakopoulou
INTERVIEWS Peggy Stathakopoulou is a famous Greek actress. She graduated from the Drama School of the National Theater of Greece and the School of Law at the Kapodistrian University of Greece. She participated in many blockbuster films and successful tv series.

As a child, did you sense that you had an artistic side that would lead you to act in the future?

I don’t think I was aware of my artistic side as a child. What I sensed, however, was the fact that I was living at the same time in an imaginary world with invented heroes and sharing my stories with them. As a teenager, having started watching theatrical performances, I dreamed of myself being on stage as an actress!

Do you remember any advice from your teachers that you have as the highest canon over the years in acting?

I graduated from the Drama School of the National Theatre and I remember my teachers who were great actors and humble humans to be very kind and generous. From that time, I kept their generosity and their rigor in terms of the hard work one should have done to succeed. Keeping their distance, they never ceased to love and encourage us!

You have made several collaborations with big names in the field of acting. Do you remember some of them and some others you still haven’t collaborated with and would like to?

Katrakis, Vougiouklaki, Zavitsianou, Alexandrakis, Michalakopoulos, Tsakiroglou, Fertis, Vogiatzis, Lyberopoulou, Armenis are just some of them. What more could an actress wish for. I am fascinated by any possible future collaboration with younger directors and actors since this leads me to evolve as an artist but also excites my curiosity about any new trend or form of performance at the theater.

Do you have a strong sense of giving and what is volunteering for you?

I think that as a human being I need to offer almost incessantly! The Offer is Creation and Communication. It is the priceless side of life. For me, volunteering means commitment, continuity and endurance over time. A temporary enthusiasm is not enough because it cannot be an impulse alone.

What was the reason you got involved in politics and how feasible was it to fulfill your dream?

In 2019, I felt that various life cycles had been completed during a period of redefining many personal values and choices. Beyond the realm of Art—common good and offer seemed a vital necessity for me. I believed that through politics, you have an essential ability to improve the lives of your fellow human beings, I also sensed that our country had to try a different model of governance amid the huge crisis of recent years. Mostly, I felt that I wanted to offer myself. And that’s what I did. The result of such a personal attempt frankly was not the expected.

Were there any big changes in your life that made you take difficult decisions, through which you became a better person or regretted them?

All the big decisions I had made – like all people after all – always seemed like a one-way street. I almost faced my fears, trying to be honest with myself and those I loved. I believe that I did not lie, I showed my limits, and I walked away saying goodbye to anyone who could not stand it or hurt me.

Throughout this great artistic career, did you ever think of leaving acting and getting involved with Law School?

I believe that if I had been involved with Law School, I would have found the field of law in which I could have felt complete as a professional and as a person. However, I would never change what the theatre has given me. I have often thought of escaping from acting, but I always return – even after long breaks – with the same longing and even greater deep curiosity.

Are you bothered by unfair reviews or do they push you to the extent to become a better person not only as an artist but also as an individual?

I am upset by bad reviews but always after a while, I try to find out where there might be the origin of what had been recorded. I feel a little like a punished child but I fight it and continue unbroken.

Does family matter more than marriage? As a mother, what do you wish for your daughter and the rest of the children in the world?

If the family manages to create for all its members, a stable and safe unity, this is the most precious asset of our lives! It is our reference point and our continuity! It takes effort and truth. But it is our shelter! The institution of marriage – especially in our times – suffers irreparably! It needs renovation as a concept, it needs to throw away its falsy wording and useless adjectives and find new ways for people to coexist – so that people are true partners and companions.

What are your career dreams? Do they have been realized and what more do you expect?

Dreams are products of the night or a few moments. And as the years go by, I want to cherish every MOMENT having my values, living something new and strong each time. In My Life or My Art!

By closing this interview, I would like you to tell me what would you ask Peggy if you had her put in front of you?

I would ask myself: “Why have I been irreparably defeated? Why did I take so long to truly love myself?” I don’t have an answer to both questions obviously, so I can’t answer your question! 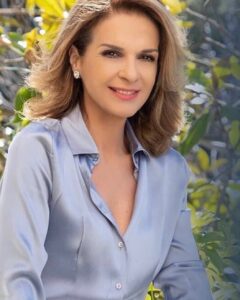 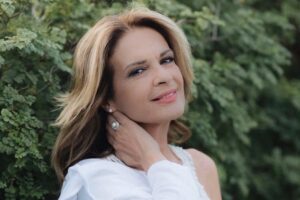 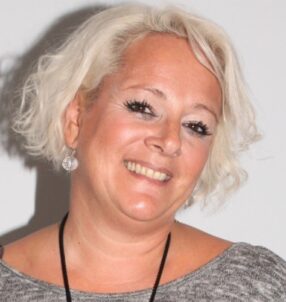