Iranian international affairs expert Mostafa Khoshcheshm warned the world that Iran’s leverage is not limited to the nuclear field as he does not rule out the possibility of a war with the western world. Khoshcheshm said that the Middle Eastern country also has military, regional and missile measures of leverage. Iran have always stressed its nuclear programme is tranquil but suspicions arose it was being used as a cover to develop a nuclear bomb, leading the US, EU and UN to impose tough sanctions eleven years ago.

Five years later, Iran reached a compromise with six powers: Russia, the US, the UK, France, China and Germany. The deal would see Iran limit its nuclear activities in exchange for sanctions relief.

Khoshcheshm now said that Iran need to increase missiles’ range to 3,000 and 4000 km to be used for leverage.

He told Iranian Ofogh TV that the US are looking for resources to gain advantages, months after a US general in the Middle East said that Iran were able to build a nuclear weapon.

Iranian negotiations met with European, Russian and Chinese counterparts in Vienna last week to discuss the easing of international sanctions.

He said: “Our leverage is not limited to the nuclear field. We also have leverage in other areas that we can apply, based on the roadmap and at the appropriate opportunity.

“The Western side is aware of this, since the Americans are seeking a certain tactical goal, and are fearful that because of Biden’s (Afghanistan) withdrawal, democrats will lose their majority in the next congressional elections.

“So they are looking for some trump cards, like reaching a deal with Iran, whether temporary or not, just so they can say they stopped the 60 percent enrichment. 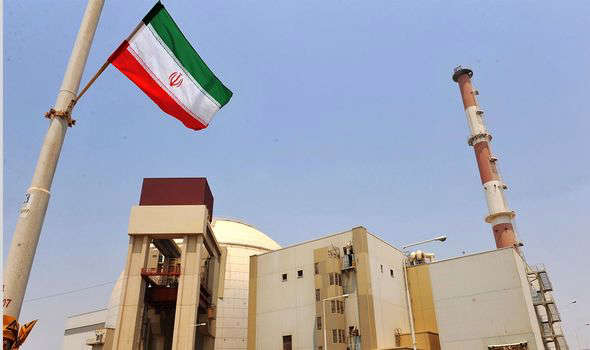 “We have nuclear leverage, and we can also use the military, regional and missile measures of leverage. The American side understands this.

“We have tried this before. What does it mean? You tell the Americans: Lift the sanctions, because if you don’t, the JCPOA will collapse and the tensions will rise.

“Neither Israel nor us are interested in a war, but if the tension rises, a war might break out by accident. Will NATO not come to (Israel’s) defence?

“Therefore, we need to get Western Europe within the range of our missiles. “It’s not me saying this. I talked to (IRGC Aerospace Force Commander) General Hajizadeh, and he said this to me. We can use these leverage measures.

“The Westerners may turn to demagugery, but they know that we are doing this to get concessions.

“When we were reducing our commitments to the JCPOA, the European officials were asked: ‘Does Iran want to build a bomb? Why is Iran doing this? Why is it reducing its JCPOA commitments?’

“All of them, without exception, answered that Iran is doing this to get concessions.”