In order to adapt labour markets to the requirements of the future, the European Union wants to promote lifelong learning among the continent’s workforce. However, the share of adults who take advantage of learning opportunities varies widely across Europe.

“Without skilled workers, we won’t be able to make the change that the green and digital transitions require from us,” Manuela Geleng, director for jobs and skills at the European Commission, said at a recent panel discussion.

This sentiment is shared across Europe, which is why buzzwords like lifelong learning, upskilling and reskilling are filling the ether in public policy discourse.

Earlier this year, EU leaders endorsed an action plan proposed by the European Commission, stating that by 2030, at least 60% of Europeans should have followed some kind of learning in the past 12 months.

But this is a tall order for many countries, as levels of lifelong learning differ widely among EU member states, according to numbers from the Organisation for Economic Cooperation and Development.

Besides Denmark, other Nordic countries also top the list. Finland, Sweden, and the Netherlands can also boast figures above 50%.

On the less glamorous end of the spectrum, Greece, the Slovak Republic, Hungary, and Lithuania join Italy in a group of laggards, where less than 30% of the workforce followed some kind of learning in the past 12 months.

The Commission thus called upon member states to define their own national targets that take into account their starting positions. Part of the funding for the push for more lifelong learning will come from the European Social Fund Plus, a fund that has €99 billion at its disposal for the 2021-2027 period.

“EU funding, in particular the European Social Fund Plus, is allocated to member states on the basis of their individual situation, such as the level of development of the regions or the unemployment rate,” an EU official told EURACTIV.

However, the Commission’s Geleng cautioned that “the EU level cannot do it alone”, saying that the EU funding is only complementary to the actions taken by member states.

“I would like to call on the importance of more public and private funding if we want to match the ambition of reaching the 60% goal,” she told the online panel.

The discrepancies in lifelong learning cannot only be seen among member states but also among employees with different levels of education, according to the OECD Skills Outlook 2021. 6 out of 10 highly educated adults participate in learning, whereas only 2 out of 10 adults with less education participate in adult learning opportunities.

Moreover, employees in large companies tend to have more access to education opportunities than self-employed people, which poses a problem in light of the rising importance of the platform economy.

The EU skills agenda will thus have a range of equity considerations to deal with. Most of the answers to this problem will have to come from member states, as education is a policy area still firmly in the hands of member states. Nevertheless, there are some impulses and coordination efforts emanating from Brussels.

One of the policy responses expected from the EU Commission are “individual learning accounts” (ILA). These should help attach the right for training to individuals independent from their employer or job status.

One of the issues that might be the hardest to tackle is to motivate people to train in the first place. Numbers by the OECD show that 80% of people who do not follow any training say it is because they do not want to and see no need to.

The task of implementing lifelong learning and attaining the ambitious goals by the Commission thus remains daunting.

However, an EU official told EURACTIV that “EU member states now have unprecedented possibilities for EU support for investing in people, especially in the upskilling and reskilling that reinforces resilience to economic shocks and that supports socially just and inclusive transitions”. 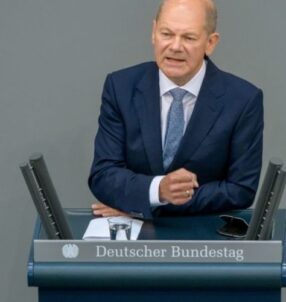