Mercedes driver Lewis Hamilton has urged organisers and F1 to make changes to the Monaco Grand Prix to make it more exciting for fans, with the seven-time world champion branding it impossible to overtake on the street circuit.

Despite the glitz and the glamour in Monaco and the tight, windy nature of the track, it’s become increasingly processional once qualifying has set the stage ahead of the race, with overtaking opportunities minimal.

The Briton, who leads the way in the driver’s standing’s heading into Sunday’s race, has only won three times in 13 visits to Monaco, with his closest title rival Max Verstappen having never stood on the podium in a result that counted.

And even though the race is a driver favourite, Hamilton said they must act to make changes.

“There is zero opportunity to overtake in a race but that has been the case for some time, it needs to change, we have had the same format for years,” said Hamilton. “It is the best venue, the most beautiful place we get to race at but you know it is never exciting for fans

“On the list of difficult places to overtake it’s off the scale, highly unlikely you would get the opportunity and I don’t think fans enjoy that. I don’t know what the solution is but I hope when we look forward it can be a more exciting race.”

Yet after four thrilling races, with close wheel-to-wheel with Verstappen over the opening races, Hamilton expects very few fireworks on Sunday.

He added: “We’ve got a lot of tracks that we go to where you see racing. I think it’s been an exciting start to a season where you are seeing people overtaking and you see the whole field closed up.

With modern F1 cars so heavy and wide, passing is all but impossible, and speaking exclusively to Express Sport, four-time Indycar champion Dario Franchitti was inclined to agree with the Briton.

“I looked the other day, because I was over in the US [watching the Emilia Romagna Grand Prix] and I kept saying the cars are getting big,” said Franchitti, standing in the pit lane ahead of the Formula E Monaco ePrix. “And I looked at this graph from the sort of 60s cars up until today, even from the late 90s, and they’ve got way too big in my opinion, as a fan.

“They need to get back to a smaller car, so the tracks fit them again, It’s a real shame, you look at Imola and they just look huge.

“They’re unbelievably impressive cars, but I think for the fans at home they need to race better, and one of those things might be actually having a smaller car.” 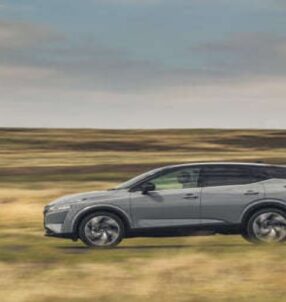 Nissan Qashqai: Modernised rather than revolutionised