According to Bild, Manchester United want to complete a swoop for Jadon Sancho before the start of the Euros next month.

Man United are aiming to land Sancho before the start of the Euros in just one month, according to Bild.

The German outlet claim that the Red Devils are very keen to open negotiations and hope to agree on a fee of rougly €90m (£77.4m).

When do the Euros start and why could this be a factor?

The Euro 2020 competition starts on the 11th of June and Man United are hoping to have a deal wrapped up before then, which gives them precisely 30 days.

United are likely eager to confirm the deal before the tournament to prevent any performance-based price inflation that could raise the potential fee, or Sancho playing so well that rival suitors emerge.

If a signing were to be completed before the Euros, it would also give Dortmund adequate time to look for a replacement rather than panic buying at the end of the window.

How will Dortmund feel about this?

An early bid of just under €100m seems to fit perfectly with what Dortmund are hoping for this summer.

As covered previously on GIVEMESPORT, according to Fabrizio Romano on the Here We Go podcast, Dortmund are willing to sell the England international for around that amount.

He also added that the time frame is very important to Dortmund.

“The timing of the deal will be key. They won’t be open to negotiate for Sancho in late August in the last week. Only at the beginning of the transfer market in June or July,” he said.

It has been well documented that Sancho has a “gentleman’s agreement” with Dortmund according to the Athletic, and his move away from the Bundesliga seems to be a case of when rather than if.

Based on reports from 90min, United are adamant that Sancho is a big part of their plans for next season alongside keeping Edinson Cavani.

The Uruguayan has since had his contract extended and he will be remaining at the club for at least the 2021/22 season, after he joined as a free agent last summer.

90min claim that Sancho is the club’s first option and they are keen to fill the right wing spot which has been a problem position for some time.

The United faithful will hope that the signing of Sancho will be enough to mount a genuine title challenge to rival Manchester City in the 2021/22 Premier League season. 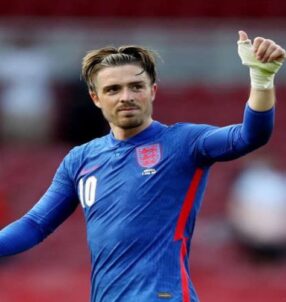