A magistrate judge in Nevada has sided with Cristiano Ronaldo’s lawyers against a woman who sued the footballer after saying he raped her in Las Vegas in 2009.
In a scathing recommendation to the judge hearing the case, magistrate judge Daniel Albregts on Wednesday blamed Kathryn Mayorga’s attorney, Leslie Mark Stovall, for basing the case on leaked and stolen documents that Albregts said were privileged communications between Ronaldo and his lawyers.

“Dismissing Mayorga’s case for the inappropriate conduct of her attorney is a harsh result,” Albregts wrote in his recommendation to Judge Jennifer Dorsey. “But it is, unfortunately, the only appropriate sanction to ensure the integrity of the judicial process.”

A date for Dorsey to take up Albregt’s recommendation was not immediately set. “Stovall has acted in bad faith to his client’s and his profession’s detriment,” Albregts decided.

Ronaldo’s attorney in Las Vegas, Peter Christiansen, issued a statement saying the player’s legal team was “pleased with the court’s detailed review … and its willingness to justly apply the law to the facts and recommend dismissal of the civil case against Mr Ronaldo.”

Albregts noted the court made no decision that Ronaldo committed a crime and found no evidence his attorneys and representatives “intimidated Mayorga or impeded law enforcement” when Mayorga dropped criminal charges and finalized a $375,000 confidential settlement in August 2010.

Ronaldo has denied Mayorga’s claims. “I firmly deny the accusations being issued against me,” he said in October 2018. “Rape is an abominable crime that goes against everything that I am and believe in. Keen as I may be to clear my name, I refuse to feed the media spectacle created by people seeking to promote themselves at my expense. My clear conscious [sic] will thereby allow me to await with tranquillity the results of any and all investigations.”

In 2019 prosecutors in Las Vegas said Ronaldo will not face any criminal charges over the allegations. “Based upon a review of the information presented at this time, the allegations of sexual assault against Cristiano Ronaldo cannot be proven beyond a reasonable doubt. Therefore, no charges will be forthcoming,” Clark county district attorney Steve Wolfson said in July 2019.

Ronaldo is one of the most famous athletes in the world. The 36-year-old is a five-time winner of the Ballon d’Or, an annual award for the best footballer in the world. He started his career at Sporting Lisbon before winning titles with Manchester United in England, Real Madrid in Spain and Juventus in Italy. He is also a national hero in Portugal, and led his country to the European Championship title in 2016. 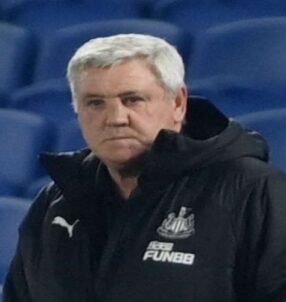