You are here: Home  /  HEALTH  /  NHS could face surge in hospitalisations despite booster, scientists warn
HEALTH NHS could face surge in hospitalisations despite booster, scientists warn

Hospitalisations from Covid could pose major problems for the NHS as Omicron surges in the winter despite the acceleration of the booster programme, leading scientists have warned.

In a preliminary study, researchers led by Prof Neil Ferguson at Imperial College London found that vaccines are substantially less effective against Omicron than Delta and saw no evidence that Omicron is intrinsically milder than Delta.

Their analysis of data provided by the NHS and the UK Health Security Agency showed that antibodies were 4.5 times less potent against Omicron than Delta. As a result, vaccine protection against symptomatic Omicron infection dropped to between zero and 20% after two doses, and between 55% and 80% after a booster.

But the early data suggests vaccine effectiveness against hospitalisation from Omicron may hold up better after a booster, with protection falling from more than 95% against Delta to between 80% and 86% against Omicron 60 days after the shot, depending on how fast booster protection wanes.

It came as data revealed that half of adults in the UK had now received a booster jab, with over 930,000 people having a vaccination on Friday.

Prof Azra Ghani, chair in infectious disease epidemiology at Imperial, said while 80% protection against hospitalisation was good from an individual perspective, at the population level, the drop in protection could still mean “a large number of people requiring hospitalisation” given how many people are expected to become infected.

“If you have enough cases per day, the resulting number of hospitalisations we think could still pose potentially major challenges for any health system,” Ferguson added. In the report released on Friday, the scientists say booster doses would be “critical” to mitigate the impact of future Omicron waves in countries with high levels of circulating virus.

Worst-case scenario modelling by the team, which assumes no change in people’s behaviour and no other interventions being brought in, suggests the UK could experience more than 5,000 deaths a day at the peak of the Omicron wave, but Ghani said this was “an illustration of the need to act rather than a prediction”.

Further data released in a second report shows Omicron is doubling every two days in England, with people more than five times as likely to be reinfected with the variant compared with Delta. Based on early data, any change in the intrinsic severity of Omicron is “at most limited” compared with Delta, the researchers find. Intrinsic severity refers to whether a variant itself causes milder or more serious illness, rather than people’s levels of immunity due to past infection and vaccination. “There’s no strong signal of an intrinsically reduced severity of Omicron versus Delta, but it is really very early days to make definitive judgments on that,” Ferguson said.

Dr David Strain, a senior clinical lecturer at the University of Exeter medical school, said waning immunity after a booster meant the jabs were “quite literally buying us a few months” until an Omicron-specific jab becomes available, although he noted it was hoped the body’s T-cell response would stop people getting seriously unwell even if antibodies waned.

However, he said a key concern with Omicron was the impact on NHS staffing, noting that even healthcare workers who had had boosters had tested positive.

“If the healthcare workforce decides to follow the prime minister’s advice and continue with all of the Christmas parties, some models suggest as many as one in eight healthcare workers will be either infected or isolating because of a close family contact within the next month,” he said.

Meanwhile the NHS is expanding its use of vaccination centres that are open around the clock in a bid to help reach the target of delivering 1m booster jabs a day that Boris Johnson has set.

The first 24/7 centre for the vaccine rollout opened at the Artrix theatre in Bromsgrove in the West Midlands. It delivered 500 top-up shots overnight on Wednesdayand will continue offering an open-all-hours service until Christmas Eve.

“The night slots are popular with shift workers and people who want to avoid crowds,” said an NHS source.

But this weekend three other 24/7 sites will also be open, though each only for 36 hours: Morris House group practice in Haringey, north London; The Pharmacy in Shady Lane, Birmingham; and the Etihad Stadium, home of Manchester City football club. 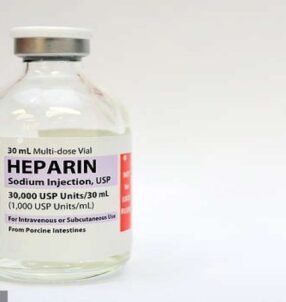