Pre-departure testing for travellers entering the UK has been scrapped.

The changes, which came into force at 4am on Friday, mean new arrivals will no longer have to isolate until they get a negative PCR test.

Instead, they will have to take a lateral flow test at the end of their second day in the UK – and if that result is positive, they will require a follow-up PCR.

The relaxed measures apply to passengers who have had at least two doses of a coronavirus vaccine.

Unvaccinated passengers will need to continue taking a pre-departure test and self-isolate for 10 days – taking a PCR test on day two and day eight.

When he announced the measures on Wednesday, Prime Minister Boris Johnson explained that the pre-departure measures were having a limited impact because the Omicron variant is so prevalent.

The travel industry had been calling for the removal of all COVID testing restrictions, arguing it would have no real impact on Omicron numbers and help restore consumer confidence.

A number of companies have now reported a leap in interest for international travel. On Thursday, easyJet revealed it had seen a boost of almost 200% in bookings, with demand for some destinations up more than 400% week on week.

By the same token, British Airways told Sky News its holidays arm had seen a rise of almost 40% in web searches compared with the previous week.

The most-searched destinations were New York, Dubai and Barbados.

One firm still smarting from tough restrictions is Eurostar – the cross-Channel train operator.

It explained that it was too early to note any shift in bookings because of COVID rules governing entry to France, but added that it had strong forward bookings for key holiday periods. 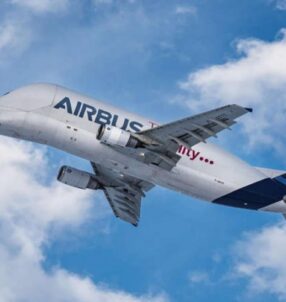