The Cyprus issue, the informal 5+1 meeting on Cyprus, expected to take place in April, France`s role and bilateral cooperation were discussed during a phone conversation President Nicos Anastasiades had on Sunday with his counterpart Emanuel Macron.

A written statement issued by Government Spokesperson Kyriakos Koushos says that the phone conversation took place in the context of regular contacts between the two leaders. The two Presidents exchanged views on the latest developments in the Cyprus issue, in relation to the  “5 + 1” meeting the UN Secretary General is expected to call in April with the aim the parties to agree on the resumption of the talks for a solution.

President Anastasiades reconfirmed his readiness to participate in substantive talks, under the auspices of the UNSG from the point they had been left at Crans Montana, in 2017.

He pointed out that our goal is to reach a comprehensive, sustainable and lasting solution of bi-zonal bi-communal federation, based on the UN resolutions and the EU principles.

Cyprus President referred to the role France could play, given that France is one of the five Permanent Members of the UN Security Council.

According to the Spokesman, President Macron reaffirmed France`s full support for the resumption of negotiations aimed at resolving the Cyprus issue on the basis of relevant UN Security Council resolutions and EU principles.

The two leaders also had the opportunity to discuss issues related to the  European Council to take place in March, during which EU-Turkey relations will be examined.  President  Macron reiterated Paris` commitment to Cyprus-France strategic relationship aimed at jointly addressing challenges in the Mediterranean region, as the two countries share the same vision for peace and stability.

Spokesman also said that Macron referred to the excellent and close cooperation between the two countries on a wide range of issues, including those that are on the European agenda.

Cyprus has been divided since the 1974 Turkish invasion. The latest round of UN backed talks took place in the summer of 2017 at the Swiss resort of Crans Montana but failed to yield results. 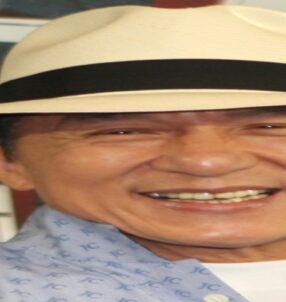