You are here: Home  /  WORLD  /  Suez Canal: Huge Ever Given container ship is ‘partially refloated’
WORLD Suez Canal: Huge Ever Given container ship is ‘partially refloated’

Salvage teams have reportedly partially freed the Ever Given in the Suez Canal, almost a week after the grounded vessel blocked the major transit route.

Leth Agencies, the canal’s service provider, reported the breakthrough early on Monday, saying it had been “partially refloated”. The firm said it was awaiting confirmation of the refloating from the Suez Canal Authority.

Osama Rabie, chairman of the Suez Canal Authority that operates the waterway, also reported “good news”, according to the Wall Street Journal, saying that tugboats would keep working to ensure the vessel could begin moving again up the canal.

“We are not finished yet, but it has moved,” he was quoted as saying.

The maritime services provider Inchcape said the ship had been refloated at 4.30 am local time (0230 GMT) and was being secured, sharing an image that appeared to show the ship’s stern had swung around, opening space in the canal.

Ship-tracking service VesselFinder has changed the ship’s status to under way on its website.

A top pilot with the canal authority, speaking on condition of anonymity to the Associated Press, confirmed that the ship had been partially refloated and said that workers were still struggling to dislodge the bow.

Images shared with Reuters showed the container ship had straightened in the waterway, and two local shipping sources said it had returned to its “normal course”.

Videos on social media appeared to show tugboats sounding their horns in celebration, with the vessel no longer jammed up against the side of the canal.

Satellite data from MarineTraffic.com showed that the ship’s bulbous bow, once firmly lodged in the canal’s eastern bank, had been wrested from the shore.

The huge container ship, longer than four football fields, had been wedged diagonally across the canal since Tuesday, towering over nearby palm trees and strangling world supply chains.

Officials had been making one last attempt at refloating during high tide before resorting to unloading. A spring tide was supposed to have raised the canal’s water level as much as 18 inches.

An armada of up to 12 tugboats had been trying to help dislodge the ship, which is the length of Empire State Building. Dredgers had also been vacuuming the sand and mud that the vessel is stuck in, while diggers excavate the eastern wall of the Suez canal.

By Sunday afternoon, the dredgers had removed more than 27 thousand cubic metres of sand from around the ship, to a depth of 18 metres, according to Leth Agencies, the canal’s service provider.

The crisis had forced companies to choose between waiting or rerouting vessels around Africa, which adds a huge fuel bill, 5,500 miles and over a week of travel to the trip between Asia and Europe.

Each day of the blockade was costing global trade some $6-10 billion, according to a study published Friday by German insurer Allianz. That translates to some 0.2 to 0.4 percentage points of annual trade growth each week.

And with over 300 ships and billions of dollars-worth of cargo stalled at the entrances to the Suez Canal, many operators had already rerouted vessels around the Cape of Good Hope.

Each day that the Ever Given is stuck puts the global supply chain one step closer to full-blown crisis.

Syria had already begun rationing fuel as the blockage of the Suez Canal has worsened the country’s shortages. Neighbouring Lebanon was also concerned about fuel supply delays. 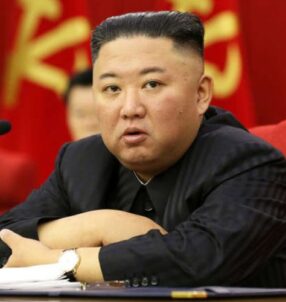