You are here: Home  /  OPINION  /  The Brief, powered by Eurochild – Get a grip on toxic vaccine nationalism
OPINION The Brief, powered by Eurochild – Get a grip on toxic vaccine nationalism

COVID vaccines are being mass-produced in plentiful supply. That should mean light at the end of a gruelling year. Yet vaccine nationalism is on the rise while, in the EU at least, case and mortality rates are soaring. It is a toxic combination.

Governments and manufacturers should be working together. In the case of the World Health Organisation-backed COVAX initiative, designed to provide vaccines to developing countries, they are, albeit slowly.

The EU has not helped itself. European Council President Charles Michel claimed last week that the UK had imposed an “outright ban” on vaccine exports. That was simply untrue, and yet another political blunder, allowing the UK to claim the moral high ground.

EU leaders are panicking about the slow pace of vaccine roll-out and the onset of a third wave of the pandemic, but that is no reason to compound the errors in vaccine procurement with foolish one-upmanship.

UK officials also believe that the chaos in France, Italy and others over whether to administer the AstraZeneca vaccine is another example of self-defeating vaccine nationalism in the EU that has meant further unnecessary delays in getting jabs to patients.

In reality, Boris Johnson has no right to claim moral superiority. Irish Prime Minister Micheál Martin revealed earlier this month that Johnson had told him that the priority was to vaccinate Britons and that Ireland should not expect to receive vaccine supplies.

In other words; there isn’t a ban but you’re still not getting any doses. Johnson, true to form, seems to have avoided any significant criticism.

By comparison, European Commission President Ursula von der Leyen says 41 million vaccine doses have been exported from the EU to 33 countries in six weeks and more than 10 million of them have gone to the UK, a figure which is about a third of the number of vaccines administered so far in the UK.

As it happens, the UK is about to see a slowdown in its own vaccine programme next month because of a delay in delivery of five million Oxford-AstraZeneca doses from India, where Prime Minister Narendra Modi has his own arms needing jabs. Proof, if any were needed, that vaccine nationalism is not just a European disease.

This vaccine nationalism is stupid and profoundly damaging. It will inevitably mean more delays in vaccinating, without which economies cannot fully reopen and (relatively) normal life return. Short-term point-scoring now will have long-term costs.

Leaders in the EU and elsewhere need to get a grip, and quickly. There will be public inquiries into the handling of the pandemic in the coming months and years. Politicians who fail now will, in time, pay with their jobs. The longer leaders compete on who can be the toughest vaccine nationalist, the bigger the price we will all have to pay.

Before heading into the weekend, feel free to have a look at our latest editions of the Global Europe and Digital Briefs.

Turkey is not just a European-Turkish issue, but also an issue in our transatlantic partnership, and obviously, our partnership with NATO, senior EU officials told journalists, signalling a shift of policy under the new US administration.

The long history of negotiations on the Cyprus question has been unforgiving to its actors, hence the infamous characterisation of it as the “graveyard of diplomats”, littered with tombstones. It need not be this way, writes Cypriot Foreign Minister Nikos Christodoulides in an exclusive op-ed for EURACTIV.

The Bulgarian prosecutor’s office announced that it had broken up a Russian spy ring which includes officials of Bulgaria’s defence ministry and its intelligence services, after an extensive police and counter-intelligence operation in and around Sofia.

After a week of negotiations, the special envoy of European Council President Charles Michel returns to Brussels empty-handed, after unsuccessful attempts to find solutions for the Georgian political stalemate.

The European Commission will force companies to “get serious” about due diligence and non-financial reporting as it prepares to table key legislation in the coming months.

Vaccination alone is not going to eradicate the coronavirus, said EU health Commissioner Stella Kyriakides, stressing the importance of tests and contact tracking.

Environment ministers from the 27 EU member states confirmed they would continue to push for a 55% net greenhouse gas reduction target by 2030 during a meeting of the environment council on Thursday despite calls from Parliament to increase the EU’s ambition.

EU countries expressed concern that the European Commission’s sustainable battery proposal sets unworkable targets and deadlines and would increase bureaucratic costs for battery producers, raising the prospect that the legislation will require significant changes before entering into law. 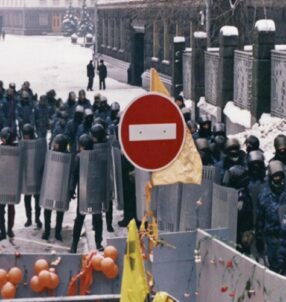