Speech by the General Secretary of AKEL A. Kyprianou at the Political Memorial event in honour of Demetris Christofias
14th June 2021, AKEL C.C. Press Office, Nicosia
Two years have already gone by since Demetris Christofias passed away.
One wonders – what remains when such people pass away? Demetris Christofias was a historical leader of AKEL, former President of the Republic of Cyprus, Speaker of Parliament, prominent figure in the international movement and on the international scene.
A leader who, together with his comrades, led the Party in difficult and critical times. A leader who received applause, criticism, assumed leadership posts, was called upon to take difficult decisions and received harsh, sometimes inhuman and immoral criticism.
So what is left of all this?
First of all, the memory of a man, what he achieved with his comrades, a political legacy of a comrade who fought with many others as an equal.
Demetris was a man who loved the truth.
That is precisely why he defended historical truth first and foremost. As he himself lived it and as our people experienced it. First in the ranks of EDON Youth Organisation and subsequently in AKEL, he did not do anyone the favor of hiding behind words, nor did he present facts otherwise. He stated: Nationalism and chauvinism committed crimes. Greek Cypriots and Turkish Cypriots both fell victim to these crimes. Betrayal was betrayal, a crime a crime. He could not compromise with forgetfulness, the acquittal of the guilty over time or with the falsification/distortion of events. He considered this another crime against Cyprus. Demetris was firmly convinced that only when we know, when we accept the historical truth about what happened in this country will we find a way to heal the wounds and move forward.
“Are you a communist, Mr. Christofias?”, “I’m proud to be a communist, a democrat.” At a time when the red flag was being taken down around the world, Christofias did not pretend to be something else. He did not hide his beliefs. He did not mince his words. Together with his comrades who were in the leadership of AKEL in those critical times, principles, values and ideals were not renounced. But the Party leadership didn’t stay stagnant either. They drew faith and strength from our worldview and philosophy and were bold to take steps, always speaking openly and honestly to the people about who they are, what they believe in, what they envision for the country and the world.
Demetris was a man who loved the whole of Cyprus, the entire Cypriot people.
I cannot recall a case of another leader in this country who was honored on his final journey/funeral to such an extent by Greek Cypriots and Turkish Cypriots, by Maronites, Latins and Armenians. This is because throughout his life he said it, believed it and put it into practice that he was struggling for ALL the Cypriot people as a whole.
The solution to the Cyprus problem was his life goal. A solution based on principles, agreed with the international and Turkish Cypriot community, a solution of a bi-zonal bi-communal federation. For Christofias this was not a slogan, it was a strong belief. He spoke sincerely to the Cypriot people about what the goal was and what the path was for the solution of the Cyprus problem. He was focused on this goal with consistency, seriousness and continuity.
The period during which he was engaged in talks on the solution of the Cyprus problem went down in history as the period in which convergences were recorded on issues that had been discussed for years without yielding tangible results. The cultivation of trust and the waging of a common struggle by Greek Cypriots and Turkish Cypriots for liberation and reunification and the policy of rapprochement were strengthened enormously as part of AKEL’s policy under Christofias.

Demetris was a man who loved the youth.

He was a militant who was raised in struggles and in the ranks of the youth movement. He never forgot that the most valuable and selfless section of the Movement and society is among the youth. That is precisely why he always made sure to be among young people, but not only among comrades, to listen and talk to them, to understand their concerns and needs, to dare adopt policies that support and pave the way for the youth .
Demetris was a man who loved culture. Assuming the leadership of AKEL, he created an auxiliary office for policy-making on culture. Through this Cultural Affairs Bureau of the C.C. of AKEL, the Party forged and strengthened its ties with the people of the arts and letters. Of course, AKEL’s relationship with culture was not born then, it pre-existed from the first decades of its very existence. But under Christofias, cultural policy went a step further. This is because the leadership, personally and collectively, at that time understood the importance of cultural fermentation and development for the cultivation of political consciousness, the importance of producing work and positions on cultural issues.

Demetris was a man who loved people.

Not only because he remained a faithful servant of the ideology that serves people, universal ideals and the struggle against people’s exploitation. He managed to remain humble and humane despite the frequent inhuman attacks that were launched against him. He managed not to lose his humanness in the harsh environment of politics. His sole guide was serving people’s interests when discussing the formulation of any policy. His concern was the people and their big and secondary concerns. How many of us have not met all these years someone who had a story to tell about Demetris, about how much he supported or helped on a human level people who were suffering, who were facing health problems, life problems and problems to make ends meet.
Demetris was a man who dared.
He took over the leadership of AKEL together with his comrades at a radically young age for the conditions of that period when he was just 40 years old. He dared to speak boldly, openly and honestly about the major ideological and political issues of the time. Together with his comrades and associates, he dared to go against the current and open the doors of AKEL, to implement changes in the functioning and way the Party works, to bring a new breath to the Part’s policy and broaden its activity. This was acknowledged. This appreciation was reflected in the ballot box and in the influence that AKEL gained throughout society and in Cyprus’ political life. AKEL under the leadership of Christofias dared to take the step of asserting state positions, the Presidency of Parliament and the Presidency of the Republic.
His tenure in the Presidency of the House of Representatives upgraded the content of the institution, strengthening parliamentary democracy, upgrading the institutional role of Parliament, but also its daily political operation.
The well-wishers cannot but identify historical characteristics during the Christofias government in Cyprus. During the Christofias administration, unifying proposals were submitted on numerous aspects for the solution of the Cyprus problem. Proposals that opened up a perspective for the coexistence of Greek Cypriots and Turkish Cypriots in their common home: the Republic of Cyprus. For the first time, this vision took practical form through the elaboration and submission of specific political positions and proposals, which were vindicated and are being vindicated by life itself.
During Christofias’ tenure, during those difficult times for the economy, it was possible to open up another perspective: that of energy. The objective of rendering energy a factor of peace for the country and prosperity for the people, was shielded by the policy he pursued at the time. In addition, in times of economic crisis, a line of resistance and protection was drawn, to the benefit of workers and the vulnerable groups of the population.
Under Christofias’ tenure, the people listened to the truth. The people had in front of them a man who was himself first and foremost an example against the phenomena of corruption, entanglement/interwoven interests and political intrigue. Everyone, both inside and outside Cyprus, faced an honest interlocutor, whose principal concern was liberating our country from its occupation and the struggle for its reunification, as well as for the interests, needs and aspirations of the many.
“As long as we stand at the forefront of the interests of the broad masses, as long as we strengthen our ties with the workers, as long as we pursue the correct policy on the Cyprus problem and on all the major or secondary problems of the country, no upheavals and no new world order can eliminate the Left from the consciences and hearts of the people of Cyprus”, Demetris declared from the podium of the Congress held in honor of the 80 years of the Communist Party of Cyprus – AKEL.
At this critical and difficult time for AKEL and the People’s Movement, we must remember this well. Our ties with the people, our constant contact, our presence where the people of labour, creation and intellect exist and live, out on the streets, in society, where the new, the pioneering and the radical is born, that’s where our natural position is. It is the foundation on which we were born as a Movement and developed to become a mass Party, a broad popular front with a clear class orientation, experienced and able to have a significant say and role in developments.
With this humble event today we honor the memory of Demetris Christofias. More than before we need to remember the path of his struggle, his comrades, the People’s Movement, not copying this path dogmatically, but to look again at what can be achieved in these harsh conditions by remaining faithful to our ideals and believing in ourselves, working hard, in renewal, having the courage to change and the strength that is reborn in the people, from the people and for the people. 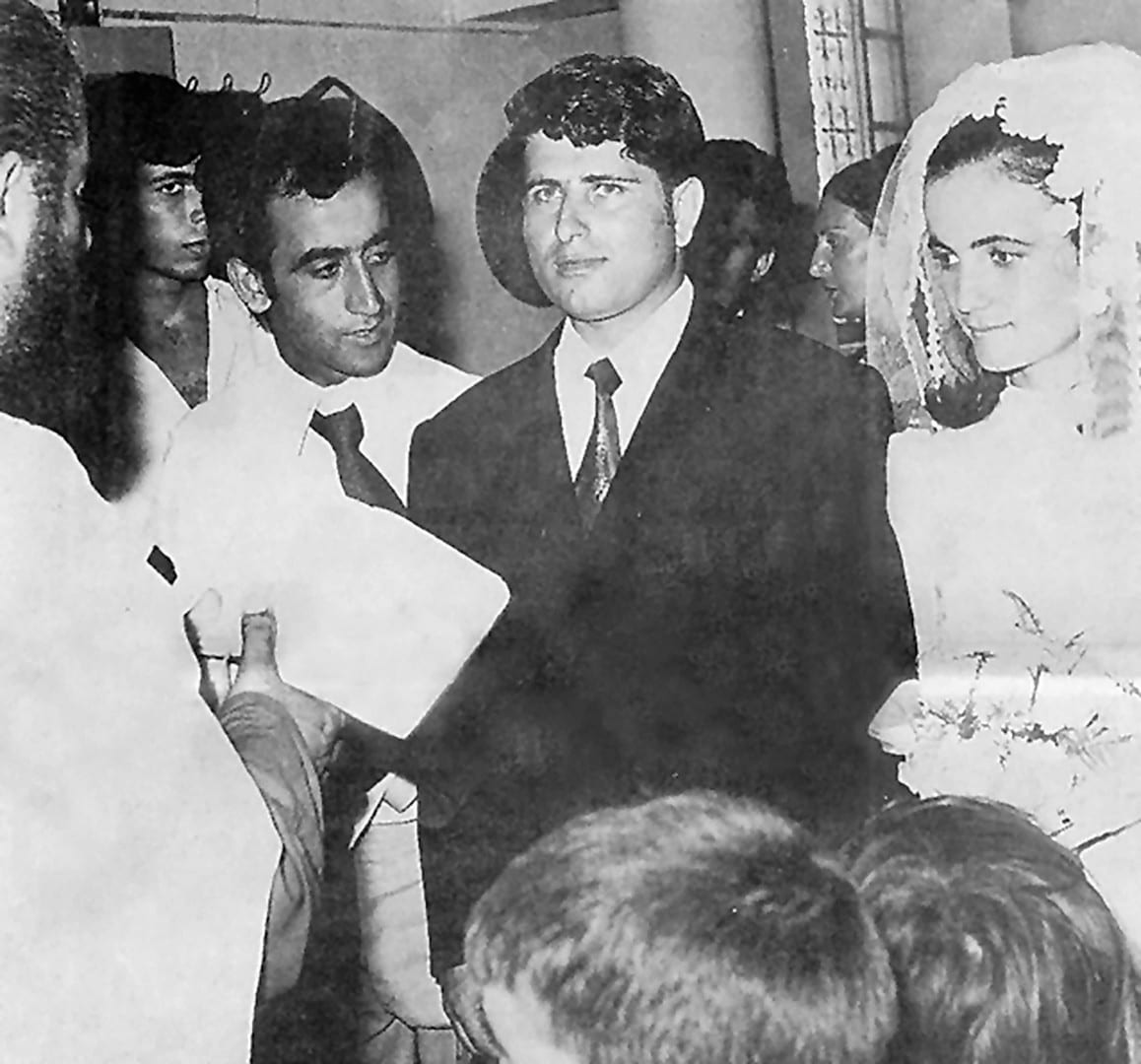 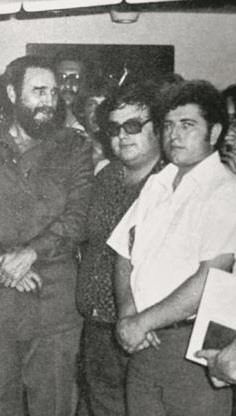 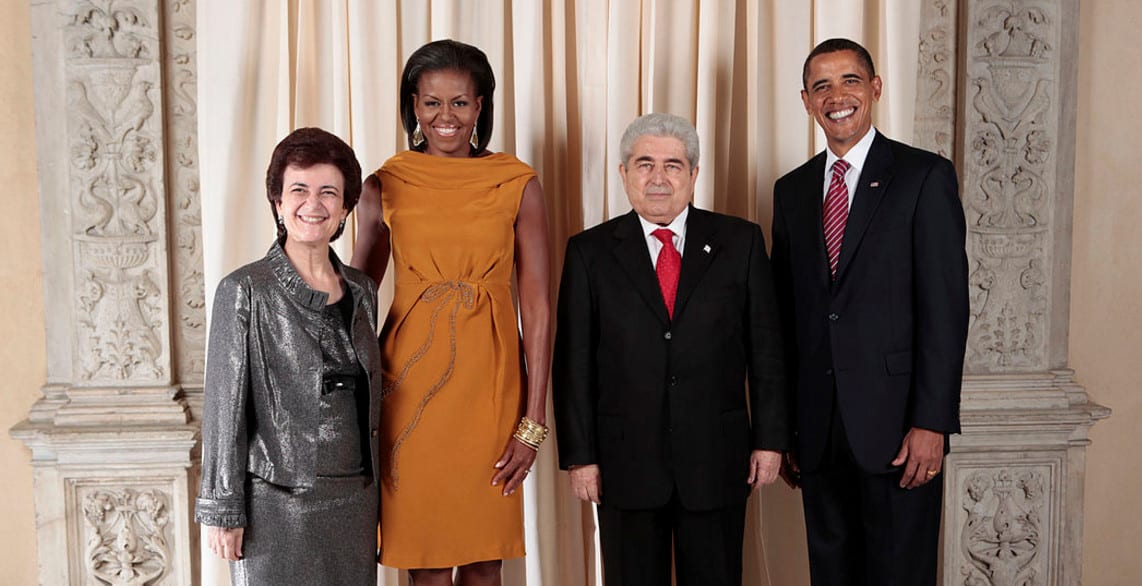 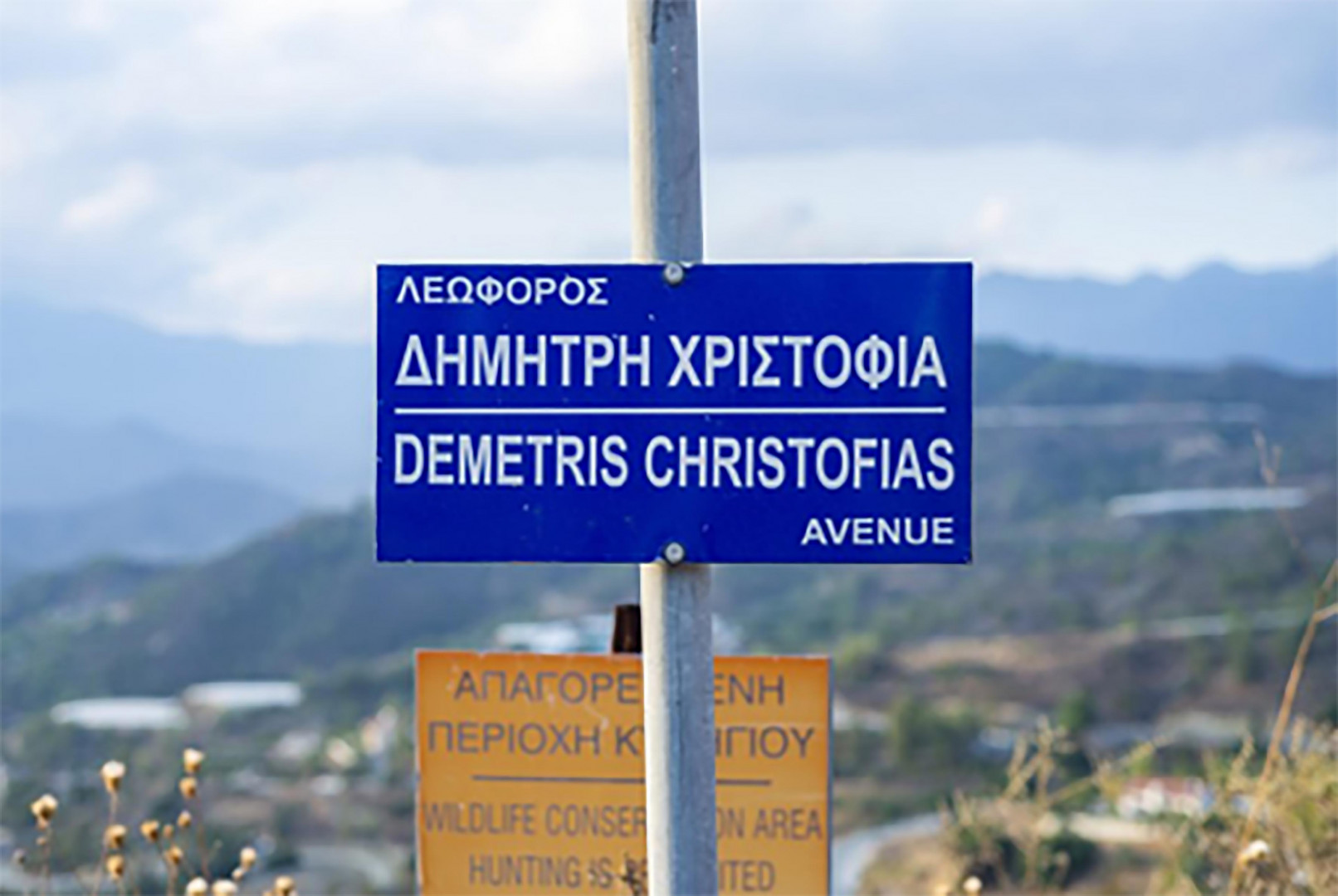 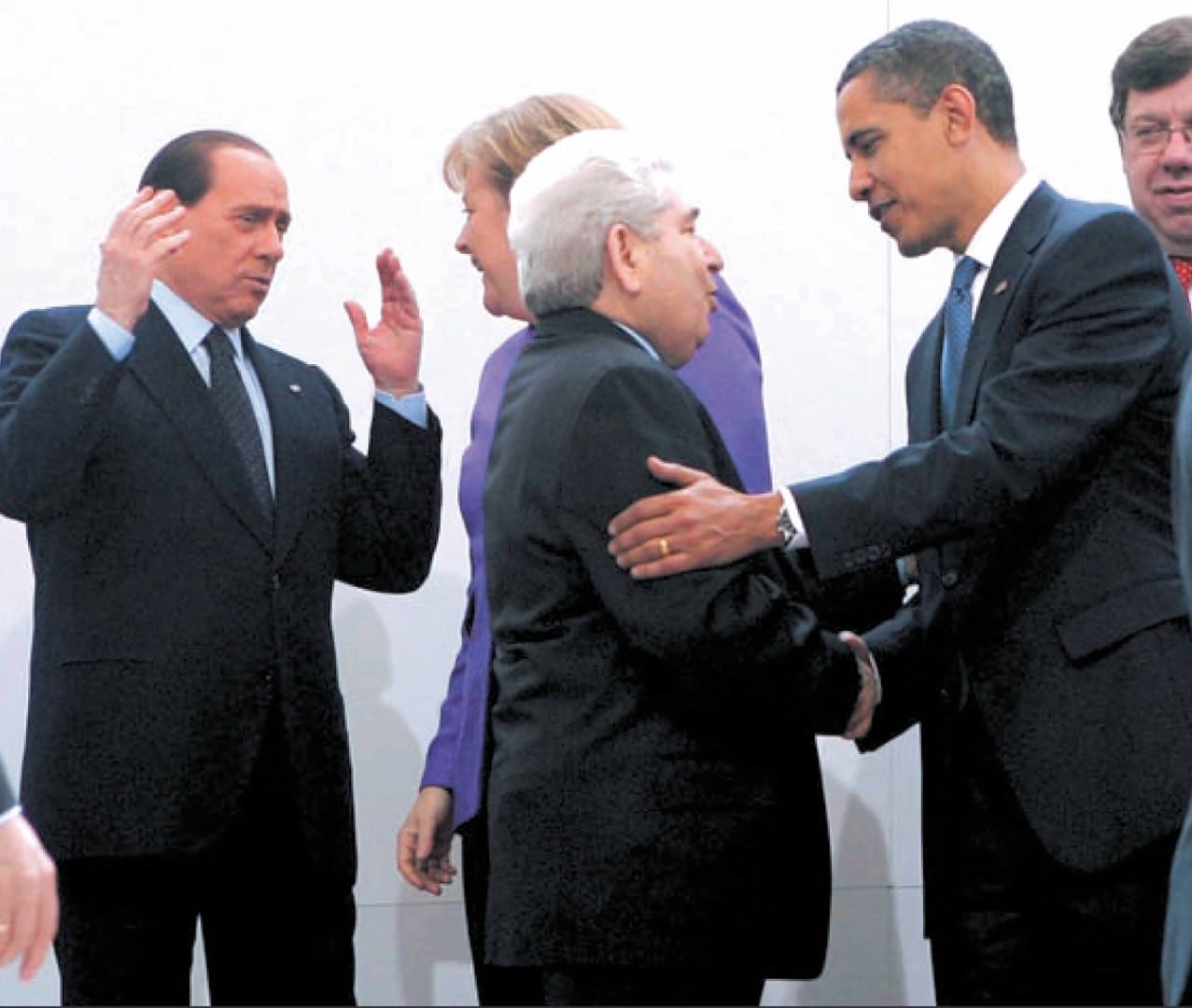 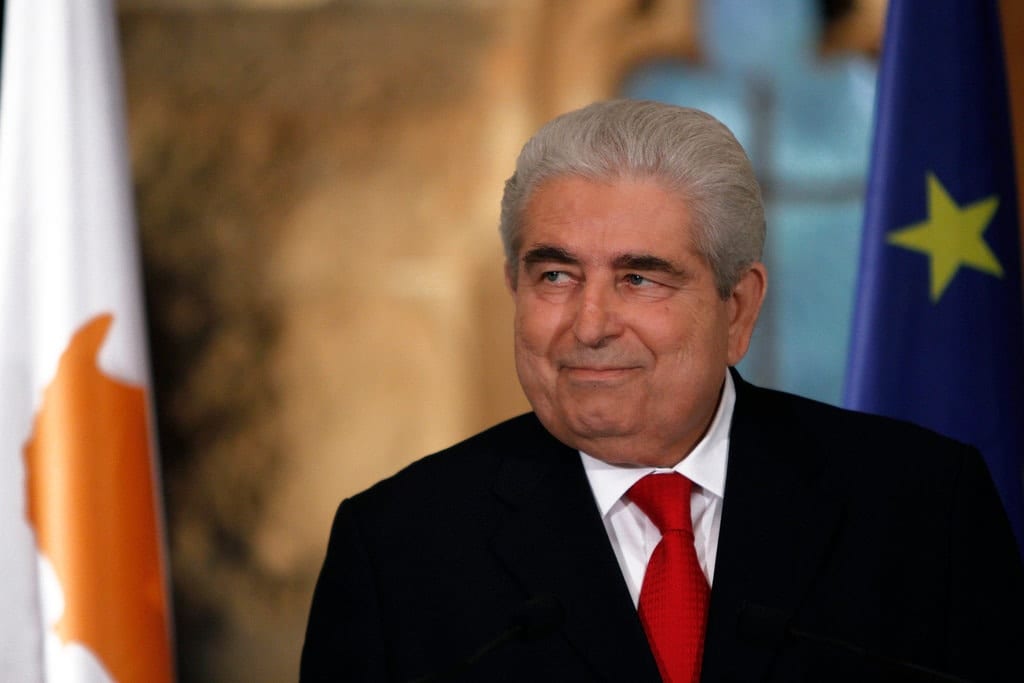 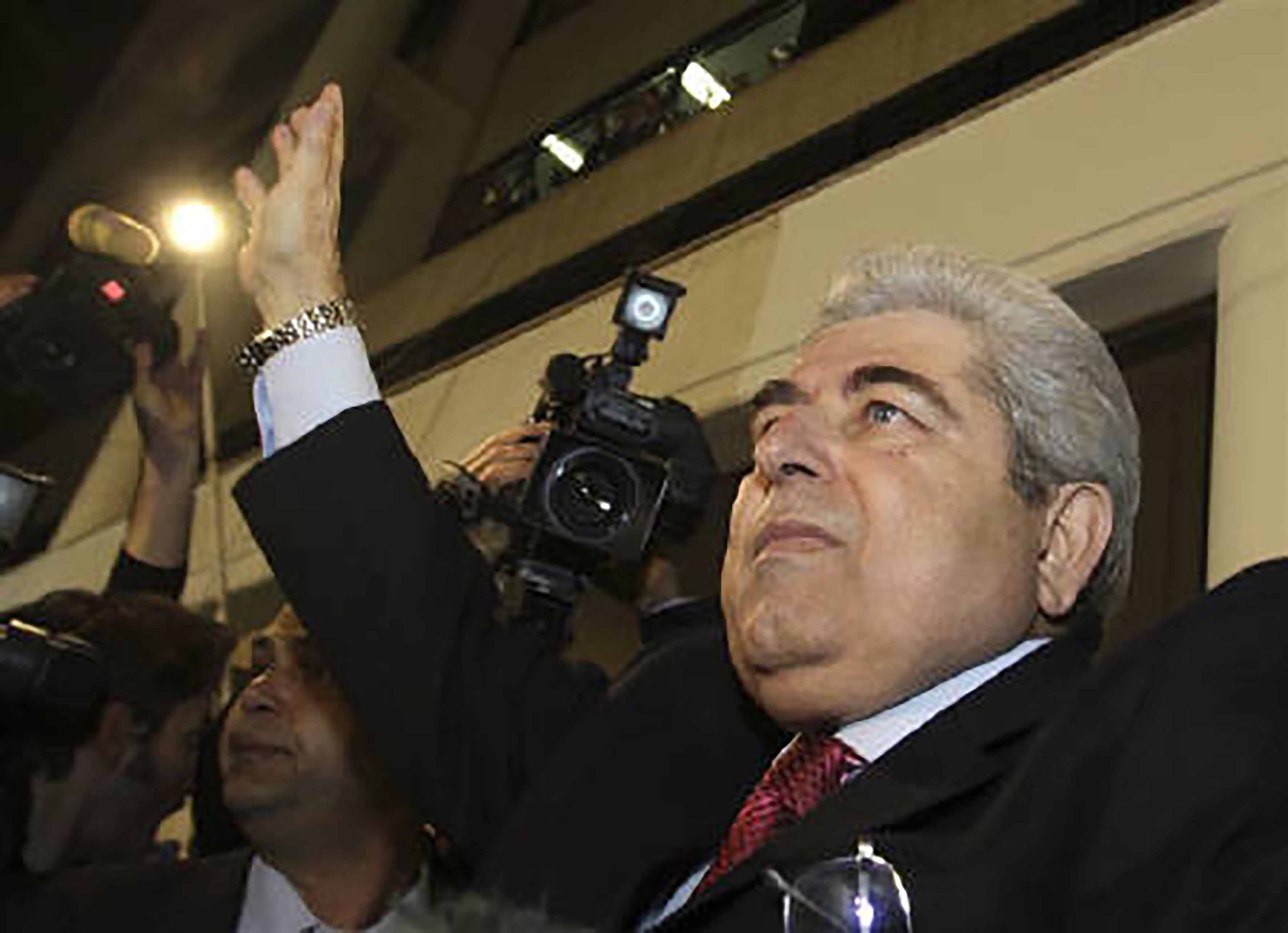 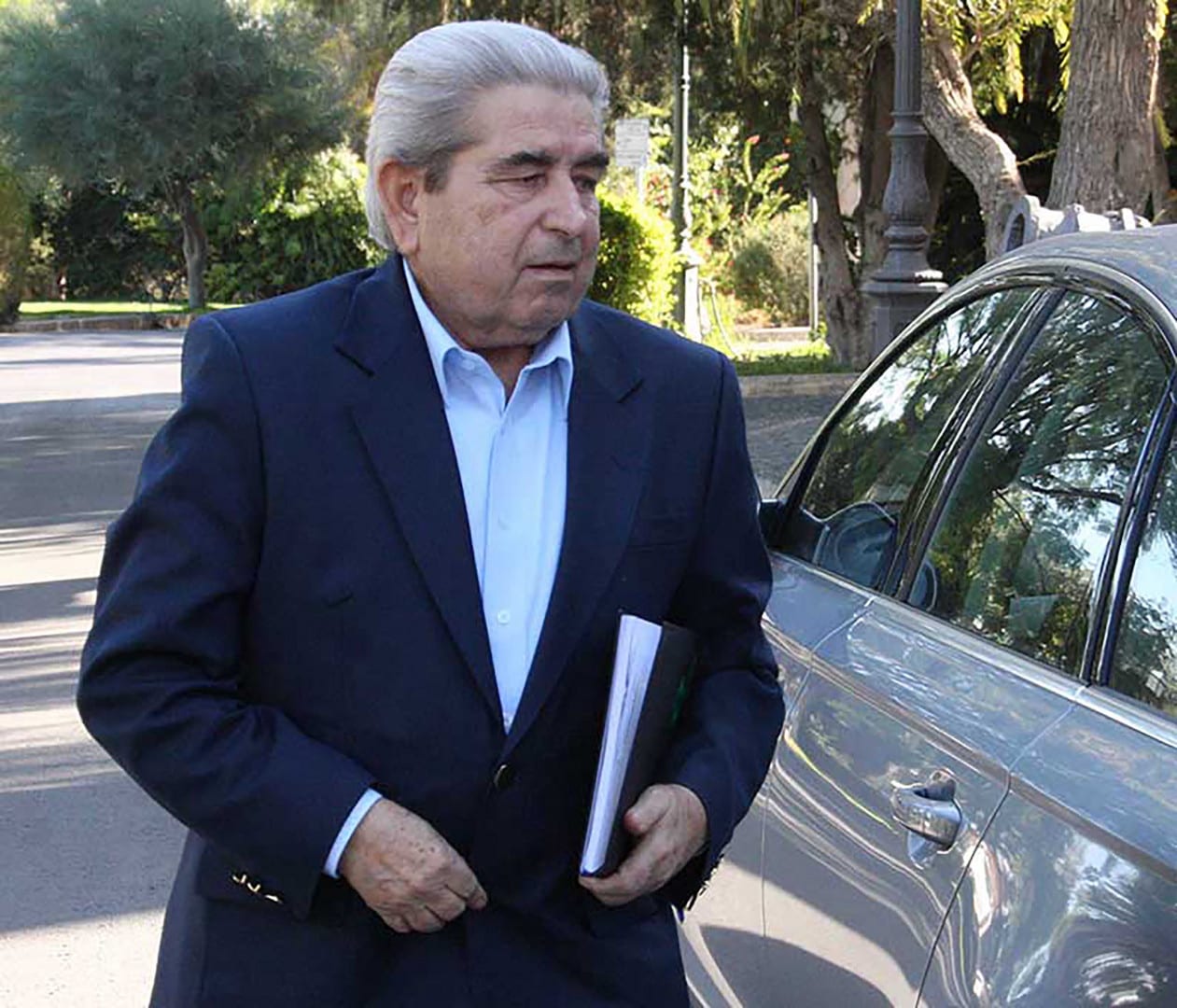