AWest London football club has experienced the devastating impact of recent fires as their pitches were ‘burnt to a crisp’ during a fire on Monday (August 1). Bedfont F.C’s players and staff watched in horror as their first team and children’s pitches were charred by a six-hectare grass fire in Feltham. The clubhouse was saved by ‘amazing firefighters’ who spent the whole day and night in the area, protecting the club.

Bedfont’s first team coach, Anthony Bersey, praised the work that firefighters did to limit the amount of damage to the pitches. Despite this, extensive destruction was caused to the club and surrounding area, forcing Bedfont to have to play their first few matches at neighbouring facilities. Fifteen fire engines and around 100 firefighters tackled the grass fire on Hatton Road in Feltham on Monday.

Around six hectares of land was alight, including standing crop, a field, parkland, grassland, a cemetery and an animal sanctuary. A fundraiser has been set up to help Bedfont. The football club was described by Anthony as a ‘community hub’ and he explained how the damage went deeper than just burnt grass. He said: “Out of the ashes we want to grow something better and any extra money will be used to do this.”

He added: “Any help will go along way because the club is at the heart of the community. It’s such as shame because our season is starting tomorrow. Luckily we are away from home but we don’t know how long it will take to repair our home pitch. Everyone who has helped us get ready for the season are all volunteers so I just feel sorry for them.”

The community has come out in support of Bedfont F.C and offered them use of their pitches whilst they try to repair theirs. Anthony said that the damage to the club could have been a lot worse had the London Fire Brigade not have been so proactive.

He continued: “The London Fire Brigade were amazing and they stayed the whole afternoon and into the night to make sure the fire didn’t restart. They saved our clubhouse and lots of the stadium but a lot of the area was still burnt to a crisp. We have set up our fundraiser to try and get back on our feet.

“We don’t have a lot of money and rely on sponsorships. This fundraiser means we can fix the pitch, fences and even improve the pitches so everyone can enjoy the area. We appreciate any donations we are given.”

Station Commander John Owen, who was at the scene, said on Monday: “Firefighters worked incredibly hard in hot and dry conditions to bring the fire under control. They are expected to remain on scene this evening turning over and damping down remaining small pockets of fire. The fire was producing a large amount of smoke and residents in the local area, particularly around Bedfont Sports Club, were asked to keep their windows and doors closed.” 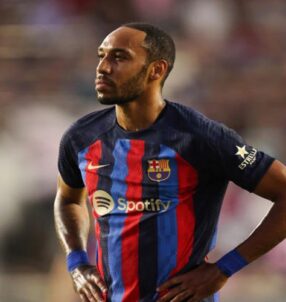