West Point has expelled eight cadets and is holding back another 51 students for a year after finding evidence of cheating on a scale not seen in more than four decades.

America’s top military academy, located in upstate New York, investigated 73 cadets amid suspicions of cheating on a freshman calculus exam last May. The test had been conducted online due to the Covid-19 pandemic.

Many of those under suspicion belonged to athletics teams, the school said. Members of the school’s football team were involved, USA Today reported. Some 72 cadets are in their freshman year, and one is a second-year cadet.

“The consequences for the cadets are serious, but most of them have a second chance to prove themselves and serve the nation, and we can’t ask for more than that,” West Point history professor Tim Bakken told USA Today.

“It’s the right place to start in building trust and developing honour for the benefit of the country in the future.”

Superintendent Lt Gen Darryl Williams said in a press release: “West Point must be the gold standard for developing Army officers. We demand nothing less than impeccable character from our graduates.”

Some 55 of the 73 cadets quickly admitted to wrongdoing when presented with suspicions of cheating. The Academy has a process referred to as “willful admission” which was started in 2015 to inspire cadets to follow the institution’s honour code and to admit to any breaches.

But officials determined that the programme has been ineffective and is ending it, the school announced on Friday.

The programme was supposed to increase self-reporting and decrease toleration of rule-breaking. The end of this process means that expulsion will become a possible reprimand for any breach of the honour code.

The code, which is cut into a stone monument on the school grounds, states: “A cadet will not lie, cheat, steal or tolerate those who do.”

Of the 73 cadets accused of cheating, six resigned during the investigation and four were cleared of wrongdoing by a board of their peers. Two cases were dropped due to lack of sufficient evidence. Two cadets were turned back six months. The 73 suspicions resulted in 61 cases that were “fully adjudicated,” according to the West Point release.

“Character development is the most important thing we do at West Point. It is critical to building leaders for our Army,” Lt Gen Williams said.

The school said that all cadets who were held back are under a suspended expulsion until graduation. Of the eight cadets who were expelled, five were offered the opportunity to enlist in the army and reapply at West Point at a later date. Three of them accepted this deal, and are required to serve between eight and 12 months as an enlisted soldier.

“All cadets found guilty immediately received a course grade of “F”, lost cadet rank, and lost privileges,” the school said in the release.

Those who remain at the school are banned from representing West Point in “NCAA competitions, club sport competitions, club trips, semester abroad, academy exchange programs, brigade open finals, and public relations,” until completion of the “Special Leader Development Program for Honor”. The programme usually takes between four and six months to complete.

Members of the cadet honour committee started investigating the cheating allegations in August and final adjudication began in January.

The superintendent made decisions in each of the cases “based on its individual merits, circumstances, and the recommendation of the cadet chain of command, honour committee, brigade tactical department, and commandant”.

The incident is the worse cheating scandal at the school since 1976 when 153 cadets were either expelled or resigned after cheating on an electrical engineering exam. 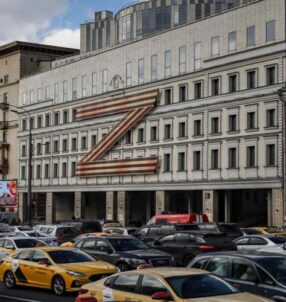