You are here: Home  /  GREEKS ABROAD  /  Yale Presents “The Greek Revolution and the Greek Diaspora in North America”
GREEKS ABROAD Panel I on Communities and Associations, 10-11 AM ET, begins with Alexander Kitroeff of Haverford College discussing AHEPA’s Commemorations of1821, Nick Alexiou of Queens College, City University, NY on Commemorating the Revolution in New York: A Historical Overview, and Athanasios Gekas of York University, Toronto, Canada on Perceptions of the Greek Revolution and the Greek Communities of Canada,1920s-2021.

Panel II on Literature and Art, 11:15 AM-12:15 PM ET, features Dan Georgakas of Queens College, City University, NY, and a longtime contributor to The National Herald, on Harry Mark Petrakis’ Novels Chronicle the Greek War of Independence; Kostis Kourelis of Franklin & Marshall College on Architecture, Abolition, Revolution: A Greek American Revival (1920s) of the American Greek Revival (1820s); and April Kalogeropoulos Householder of Honors College, University of Maryland, Baltimore County, with Reflections on Greek Nationalism and the Making of a Documentary Film about Bouboulina.

Panel III on Culture and Education, 12:30-1:30 PM ET, features Maria Kaliambou of Yale University discussing Like Another Rigas Feraios: Reviving the Revolution in Greek American Publications, Fevronia Soumakis on Queens College, City University, NY on Celebrating the 1971 Greek Independence Day Jubilee through Greek Orthodox Schools in the United States, and Yiorgos Anagnostou of the Ohio State University on The Bicentenary across Greece and the Diaspora: Toward the Making of a Global Greek Civic Identity.

The conference is organized by Maria Kaliambou of Yale University and sponsored by:

The activities of the Hellenic Studies Program are generously funded by the Stavros Niarchos Foundation Center for Hellenic Studies at Yale University, the Modern Greek Studies Association, Innovative Initiative Grant, The Edward J. and Dorothy Clarke Kempf Memorial Fund, and The Whitney and Betty MacMillan Center for International and Area Studies at Yale, and The European Studies Council, Yale University. 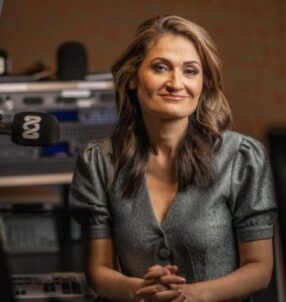