You are here: Home  /  INTERVIEWS  /  Yiannis Economou: ‘Diaspora is the bridge for Australian investment in Greece’
INTERVIEWS Yiannis Economou: ‘Diaspora is the bridge for Australian investment in Greece’

A few days after the interview of the Greek Prime Minister, Kyriakos Mitsotakis in the Greek Herald, the longest-running source of information of the Greek diaspora with 96 years of uninterrupted presence in the Greek community of Australia, the deputy minister to the Prime Minister and government spokesperson, Yiannis Economou, honoured us with an exclusive interview on many key issues that concern our compatriots throughout Australia.

The Greek – Australian relations, the coronavirus and its treatment, the climate change that concerns all leaders and the position of Greece in the post-memorandum era are some of the questions answered by Mr Economou. Of course, he could not fail to consider the issue of the expatriate vote that concerns the community, but also the cooperation of Greece with the diaspora.

At the same time, he responded to whether there is a thought for early elections, how foreign investment will come to Greece even from Australia, while he did not fail to throw o criticise the main opposition on issues that according to him and the government create a problem in the country. Finally, he spoke about Turkey, while he also sent his message to all Greeks living in Australia.

Greece has entered into a major defence deal with France at a time when Emmanuel Macron’s relations with Scott Morrison are at their worst because of AUKUS. Do you consider that this May to some extent disrupt Greece’s bilateral relations with Australia?

“Greece concludes international agreements in order to strengthen its geopolitical and defence power. The ultimate goal of our decisions is to promote peace and international cooperation, within the framework of international law. We do not want competition, but cooperation. Greece has deep and strong historical bilateral ties with Australia”.

The trilateral agreement on submarines has been the No1 issue on the agenda globally for days and still remains in the news, especially after the cross-accusations heard in Glasgow. What is Greece’s position in this dispute Mr Economou?

“Greece always supports any attempt at international understanding, with reciprocity and justice in mind. The resolution of any disputes contributes to a better world, to which we all aspire”.

During the hard years of the memorandum Greece was something like the black sheep, the sinker from which foreigners could not disengage themselves bloodless. What is the current position of the country with “New Democracy” in government?

“Two years after the 2019 elections, the image of Greece abroad is completely different. The management of the major crises (migration and coronavirus), the complete reconstruction of the Greek economy and the global leadership of the Prime Minister in dealing with the climate crisis and promoting the 4th Industrial Revolution have completely reversed the climate described above. This change is not just a matter of prestige. Greece receives its added benefit in investment and international confidence and support in the fields it is battling. Greece is now shining and nothing will change that”.

There was great disappointment in the ranks of the parochial society for the fact that the bill of the Ministry of the interior for the removal of restrictions on the vote of expatriates was not passed by the House. We would like your comment on this and what to expect in the future…

“The Government has demonstrated in practice its worthy adherence to the unity of the nation. Hellenism, in its long historical course, is synonymous with ecumenism. The Greeks have always grown apart from the narrow geographical space of Greece, without losing their cohesive bond with the mother land. Although part of the Greek political spectrum perceives in terms of small-party Greekness, clearly inferior to our history, New Democracy insists on the coherence of Hellenism and will do everything to strengthen it”.

Why in your view they were so fiercely against it? There is an opinion that says that it is unfair for those who are far away, to take part in the elections of a country they do not live in. What is your position?

“Those who use such arguments do not understand the history of Hellenism and its peculiarity. Greeks have a millennia-long tradition of spreading outside Greece, without this causing their alienation from the National core at all levels: cultural, economic, social and political. Unfortunately, SYRIZA tries to apply – in the case of Greek universality – interpretive schemes of Marxist induction, which have been bankrupt scientifically and politically as early as the 20th century. The attitude of SYRIZA is deeply reactionary and divisive and turns us to the 19th century and the conflict of indigenous and heterochthonous, which has hurt us for a long time”.

“Greece is going on the path of developing and reconstructing its production model, in order to find itself in the global vanguard of the 4th Industrial Revolution and overcome chronic weaknesses and inefficiencies. There is no reason to stop this. New Democracy is a robust party that respects institutions. We do not operate opportunistically. We will present a complete work to the voters in two years, and we will be judged for it.”

The issue of climate change was put on the table at the 26 leaders’ summit meeting in Glasgow. The truth is that Australia has been targeted for its delays to zero emissions over the next few years. How does Greece plan to move on this crucial issue?

“Greece is in the global vanguard of tackling the climate crisis. The protection of the environment, and of Greek nature in particular, is our historic and national duty. Greece, as a tourist and agricultural-livestock country, has every reason to lead in Environmental Protection. The Prime Minister is personally engaged in the de-lignification and the promotion of environmentally friendly policies”.

The Greek community of Australia is one of the most powerful in the country, with continuous actions in order to keep the “flame” and love for the homeland alive. Is Greece moving towards  better joint actions and closer cooperation?

“The government and the relevant state authorities have high in their priorities the close and productive cooperation with the Hellenism of Australia and New Zealand, which is booming and makes us proud. Our initiatives are already many and our mutual plans even more”.

The Prime Minister in his interview to the “Greek Herald”, spoke of an arm of World Hellenism, recognizing the dynamics of the diaspora. We would like your point of view on this.

“The Prime Minister expressed in an eloquent and knowledgeable way our perception of the diaspora. Hellenism is single and indivisible. At the same time, it is universal. It exceeds the National re and this is our maximum national advantage and at the same time a term for the survival and flourishing of Hellenism as a whole”.

The key axes of Greece’s policy are to bring foreign investment, even from Australia. Please elaborate…

“Greece is now implementing pro-investment policies, which have already allowed giant companies, such as Pfizer and Microsoft, to invest in Greece. Greece is a reliable and safe country, which offers many opportunities for long-term returns. Its comparative advantages make it the main investment destination in the SE Mediterranean. The existence of the diaspora in Oceania is a bridge for investment projects for Australians in Greece”.

One of the” wounds” of Greece is that it loses young people that chooses to leave, believing that in other countries they will have more opportunities for advancement and a better life. How will Greece convince its young people not to leave and at the same time bring back those already living abroad?

“Hellenism has always been extroverted and ecumenical. The Greeks, having confidence in their strengths and abilities, open themselves up to the international environment, benefiting Greece as well. The acquisition of international experience and the establishment of international partnerships is a matter for the advancement of the homeland and the nation. On the other hand, Greece has become attractive again and many Greeks abroad are repatriated. In addition to the unique way of life, Greece now provides opportunities for young people to grow in the motherland with internationally competitive conditions”.

The coronavirus pandemic is plaguing the planet and the virus remains alive in various forms due to mutations. The truth is Australia has dealt with it quite effectively than other countries. Is it a management “model” that Greece could possibly follow?

“Greece lacks the luxury of Australian geography. It is geographically interconnected with two other continents and is an international hub for the transport of goods and people. At the same time, a maximum part of its economy rests on tourism. It is therefore not de facto capable of adopting policies equivalent to those in force in Oceania. The Greek government organised a vaccination program that became an international standard. At the same time, it has unprecedentedly strengthened the NHS. The question from now on is to further strengthen the vaccination coverage”.

Apart from the Greeks from Greece, there are Cypriot Greeks who have a loud voice here in Australia and are concerned about unruly and aggressive Turkey.

“The Greek government has unfolded a multifaceted and multimodal diplomacy, which has strengthened the international position of Greece and the righteous of Hellenism in the SE Mediterranean. At the same time, our armament program, defence partnerships with the USA and France, close cooperation with Israel and Egypt and the cooperation of the Mediterranean countries of the European Union have shielded Greece and Cyprus, which has an active role within this grid. Greece defends both national law and international legitimacy”.

Finally, a comment on the Greek expatriate, who always wants to have this connection with the homeland and feel that it is part of the country, regardless of whether it is so far away.

“Expatriate Hellenism is a dynamic part of the single ecumenical Hellenism. It is the ambassador of Hellenism to the ends of the Earth and at the same time the bridge of Greek Hellenism with the world community. We are proud of the bond of Greeks abroad and as a government we are committed to further strengthening it and maximizing the cooperation of Greeks. Hellenism is part of the homeland, which transcends the narrow geographical space in its cultural horizon”. 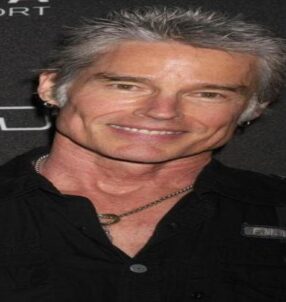