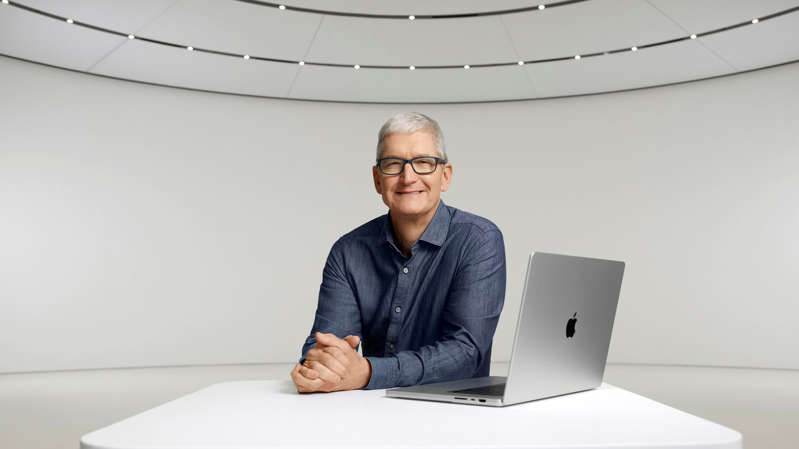 Mr Cook also announced the third generation of AirPods, five years after they were first launched, during the live-streamed event on Monday.

The new Macbooks mark the biggest change in Apple’s laptop line since 2012, with HDMI ports making a return.

The secondary OLED “touch bar” screen, which was added in 2016, has been ditched after it proved unpopular, while they will be available in bigger screen sizes.

Both sizes’ have miniLED and 120Hz ProMotion technology, which has been utilised in the iPad Pro.

The new laptops mark the return of a variety of ports, including three Thunderbolt ports, HDMI, SD card slots and the Magsafe 3 magnetic charging system, which was replaced in 2016.

The body is made of 100% recycled aluminium and inside, Apple’s new M1 Pro and Max chips drive the laptops engine.

A new desktop operating system, macOS Monterey, will be released on 25 October.

The new AirPods have a similar design to the AirPods Pro, which has shorter stalks and squeeze controls.

But they will not have silicone earbud tips or active noise cancelling.

The third-generation AirPods will cost £169 and will ship on 26 October.

Apple also introduced a cheaper Apple Music plan costing £4.99 a month that can only be controlled via Siri on Apple devices. Golden Globes 2022: The full list of winners from low-key event