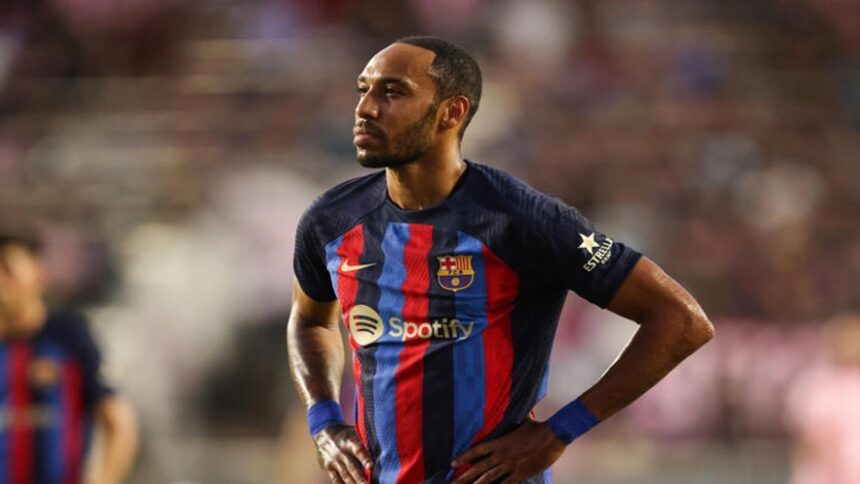 Chelsea are pushing to take their transfer spending close to a record £300million this summer as they finally step up their pursuit of a number of big-name targets with the Premier League season about to begin.

Talks are to take place with Barcelona over the potential signing of Pierre-Emerick Aubameyang and, separately, and more immediately, hijacking Manchester United’s protracted attempts to acquire midfielder Frenkie de Jong for an initial £63million.

At the same time Chelsea are bidding for Wesley Fofana although they are currently falling significantly short of Leicester City’s apparent valuation for the centre-half which is understood to be around £80million.

However despite Leicester’s determination to keep Fofana – they insist he is not for sale – Chelsea are hopeful a compromise can eventually be reached and believe that the 21-year-old Frenchman is keen to join them despite signing a new five-year contract in March.

Sources are even more confident that Chelsea are close to signing Marc Cucurella for a fee of £52.5million even though Brighton continue to claim a final agreement is yet to be reached for the defender who nevertheless handed in a transfer request. Cucurella is also not training with the first-team squad ahead of Brighton’s opening game away to Manchester United on Sunday.

Having already signed Raheem Sterling from City for an initial £47.5million, Kalidou Koulibaly from Napoli for £34million and Carney Chukwuemeka for £20million from Aston Villa – which was announced on Thursday – it means that the new Todd Boehly-led regime are prepared to commit close to an astonishing £300million in fees this summer. That total would greatly surpass Chelsea’s previous record spending in one summer window of £220million in 2020 under Frank Lampard after the transfer ban was lifted under Roman Abramovich’s ownership. Indeed Chelsea could be heading for the highest spend committed by any club in one window although the deals, if they are all completed, will be off-set by a number of departures to, hopefully, vastly bring down the net spend.