Cyprus Parliamentarian Irene Charalambidou, Head of the Cyprus Delegation in OSCE and special representative on corruption attended Thursday the 2021 remote session of OSCE Parliamentary Assembly and in her intervention she noted that the fight against corruption, money laundering and terrorist financing, especially in times of crisis such as the one caused by the Covid-19 pandemic, must remain a top priority.

She referred to the need for strong political will to fight corruption, adding that strengthening transparency and accountability are prerequisites for good governance and restoring citizens` trust in various institutions.

The Cypriot MP stated that it is necessary to adopt and implement strong regulatory frameworks based on international standards to mitigate the risks associated with money laundering related to illegal activities, in the public and private sectors.

Regarding offshore companies, Charalampidou said that lack of transparency in the ownership of offshore companies facilitates corruption and suggested the adoption, in the OSCE region, of a legal framework to reveal the final beneficiary.

She also mentioned the need for effective legal protection systems to ensure the right of freedom of expression and the protection of journalists and the need for cooperation between Members of Parliament, Governments, civil society, the business community, the media and the youth in building a broad consensus to fight corruption. 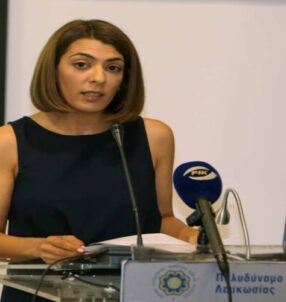 The report on the state of the environment in Cyprus