Man Utd have signed off on Amad Diallo’s exit after his proposed move last summer was cruelly scuppered, and he could quickly be followed out the door by two further exits, per reports.

The Ivory Coast forward, 19, was on course to join Feyenoord on loan last summer. However, a thigh injury sustained in his final training session with Manchester United saw the deal crumble at the eleventh hour.

Amad has since returned to full fitness. Though forcing his way into Ralf Rangnick’s plans was always going to be tough.

More established stars such as Anthony Martial have left on loan, indicating how deep the talent runs in United’s final third. Furthermore, the emergence of Anthony Elanga has placed yet another obstacle in Amad’s path to first-team football.

As such, transfer guru Fabrizio Romano has reported Amad is now set to join Rangers on loan.

Romano tweeted the winger is ‘already in Scotland’, with his loan switch a ‘done deal’ and ‘confirmed’.

The terms of the agreement are a straight loan deal, meaning Rangers have no option or obligation to buy. As Romano alluded to, that indicates Amad remains very much in United’s plans for the future.

Per the Guardian, the move remains subject to a medical, and Rangnick was ‘happy’ to sanction the move.

Those sentiments were also echoed by ESPN, who claimed Amad could quickly be followed by two more departures.

Lingard, Van de Beek next to leave?
They report Donny Van de Beek and Jesse Lingard could soon join Martial and Amad in leaving on loan.

Rangnick is stated to now believe he has sufficient attacking options at his disposal already. As such, and with the mightily impressive Elanga now a fixture in Rangnick’s plans, the German is ‘open’ to two more exits.

Newcastle remain in the hunt for Lingard, though United’s stern demands are proving problematic. The Red Devils reportedly want a £12m survival bonus included in any loan deal to make up for the fact they’ll lose Lingard for free in the summer.

That is a tough pill to swallow for Newcastle. Additionally, alternative approaches from Tottenham and West Ham have already been rejected – much to Lingard’s annoyance.

Van de Beek, meanwhile, is on Crystal Palace’s radar regarding a loan swoop. As with Martial’s agreement with Sevilla, United want both a loan fee and 100 percent of the player’s salary covered by the buying club.

Farhad Moshiri, Mike Ashley, Ken Bates and more of the most unpopular owners in football history

The 22-year-old has developed into one of Barca’s top defenders since earning a promotion from the club’s B team back in 2019. Indeed, he has overtaken experienced stars Clement Lenglet and Samuel Umtiti to become Gerard Pique’s partner.

However, the Uruguay international’s future is unclear. His current contract expires in the summer of 2023. At present, the club and player are no closer to agreeing on fresh terms.

According to Spanish newspaper Marca, Araujo has turned down the Catalan giant’s opening offer. That is following talks between the club and his agent last week.

However, news over the uncertainty has given both United and Chelsea hope that they could land Araujo.

Both clubs have been credited with interest in recent weeks, and his contract situation could provide the perfect opening to strike. 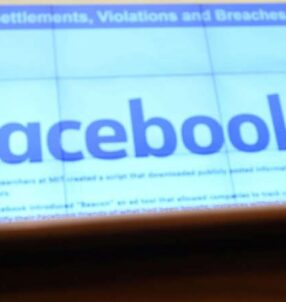