The long-term renovations strategies that EU countries submitted last year to the European Commission are not in line with the bloc’s objective of reaching climate-neutrality by 2050, according to fresh analysis due to be published this week.

EU member states continue to underplay the role of the building sector in reaching climate neutrality in Europe, according to the analysis shared with EURACTIV by the Buildings Performance Institute Europe (BPIE), a think-tank.

None of the eight strategies analysed – accounting for over 50% of EU population – are in line with the EU’s 2050 net zero goal, BPIE found.

The report, which will be released on Wednesday (10 March), highlights the need for a full revision of the energy performance of buildings directive, due at the end of this year.

In October, he European Commission launched a renovation wave, saying it will aim to double the EU’s annual rate of energy-related building renovations, which is currently just 1%, upgrading 35 million buildings by 2030.

EU member states are currently putting together national recovery plans to grow back their economies after the COVID crisis, and the Commission has touted building renovation as a win-win solution to stimulate local jobs, tackle energy poverty and reduce carbon emissions.

37% of the EU’s €750 billion recovery fund has been set aside for climate action, with building renovation set to take a sizeable share of the funding.

“There’s two really good reasons for doing this, apart from saving the planet,” said Ciarán Cuffe, an Irish Green MEP who authored a European Parliament resolution on the energy efficiency potential of the building stock. “The first is that it tackles energy poverty. And the second reason is that it will provide an immediate economic stimulus, which will be really good for our economic recovery emerging from the pandemic,” he said.

Energy poverty is when people cannot afford to pay utility bills or have to choose between paying and other essentials. It also refers to people living in poor quality housing.

A report from the Jacques Delors Institute last month found that 30 million Europeans – the equivalent of Hungary, Austria and the Czech Republic’s populations combined – were unable to adequately heat their homes in 2019.

Cold homes have a documented impact on people’s health and affect other areas like children’s education, which may be disrupted by poor indoor air quality linked to damp walls or bad heating conditions.

All those factors were exacerbated in 2020 as the COVID crisis pushed governments to impose national lockdowns, forcing people to spend more time at home.

According to Cuffe, EU recovery funds need to focus on renovation of public housing in order to lift people out of energy poverty.

Currently, Europe’s buildings are responsible for around 40% of energy consumption and 36% of CO2 emissions in the EU.

To tackle this, there needs to be a significant increase in the rate of deep renovation across Europe. The Buildings Performance Institute Europe (BPIE) has calculated that the annual cost of deep renovation reaches €243 billion, with €179 billion needed for residential buildings.

The need for renovation varies across Europe. Mediterranean countries need to adapt to increasing heatwaves while Central Europe has a lot of buildings built in the mid-twentieth century with no heat controls.

But EU countries are already missing targets for renovation. Their long term renovation plans were due by March 2020, but only half of EU countries provided them on time.

Similarly, the target to renovate 3% of central government buildings per year has been broadly missed.

“It’s all very well to say this [renovation wave] should happen. The proof of the pudding will be in whether the member states actually put the money into their recovery plans,” said Cuffe.

There are multiple barriers to renovation across Europe, including a lack of knowledge about how to get funding. Part of the EU recovery fund should be used to guide people in their renovation projects, including the financial aspects, said Oliver Rapf, executive director at BPIE.

Investment programmes need to be tailored to different groups of people and types of buildings, he added, saying: “If we have the financing in place, the demand for renovation and the supply for renovation services, then we should really have a renovation wave taking off.”

“Finance is where European funding can make or break the decision for a householder on changing their heating systems,” said Cuffe.

In its renovation wave strategy, the Commission said it wants to double energy-related building renovation by 2030 from its current level of 1%. However, the BPIE said this needs to hit at least 3% annually to avoid creating a backlog in the 2030s and 2040s.

On the regulatory front, 2021 will see the revision of a number of EU laws, including the revision of the energy efficiency directive and the energy performance of buildings directive. Last year, the European Parliament called for both EU laws to be revised in line with the EU’s increased climate ambition, including with binding national targets.

“I’d like to see minimum energy performance standards in each member state. I’d like to see a ratcheting clause that would increase standards as the years go by, and I would love to see five-year plans,” said Cuffe.

As part of these revisions, the Commission will propose a stronger obligation to have energy performance certificates and phase in the introduction of mandatory minimum energy performance standards for existing buildings. It will also propose the extension of requirements for renovation to all public administration buildings.

“It takes time to decide and to plan a renovation project,” Wardal told EURACTIV, saying buildings are not usually renovated more than once every thirty to forty years. “So when it’s done, it’s important that it’s done properly, that it delivers what it promises and delivers as many savings as possible, because we won’t do it again very soon”.

Whatever legislation is eventually agreed at EU level, it will also need to be quickly implemented to decarbonise all of Europe’s buildings by 2050, said Rapf.

“If member states don’t act on the guidance, nothing will change and therefore our appeal to the European Commission is to make sure that member states do really implement the requirement for effective long term renovation strategies and of course all the other respective elements in the performance of buildings directive,” he added. 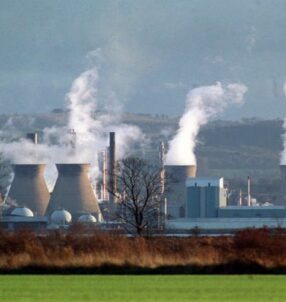