You are here: Home  /  WORLD  /  North Korea fires suspected ballistic missile into sea as it accuses US of hostility
WORLD Details of the launch are being analysed by South Korean and US authorities. But Japanese Prime Minister Yoshihide Suga said it “could be a ballistic missile” – which can be used to carry large nuclear warheads and is banned under United Nations sanctions.

© Reuters There have been a series of missile launches by Pyongyang in September. Pic: North Korea’s Korean Central News Agency (KCNA)

The test happened early on Tuesday as North Korea’s ambassador to the UN said no one could deny his country’s right to self defence and to test weapons.

Kim Song accused the United States of hostility and said his country’s development of a “war deterrent” was a necessity to defend itself against US threats.

Seoul’s Joint Chiefs of Staff did not immediately say what the North launched in its latest test on the Korean Peninsula, or how far the weapon flew.

The US Indo-Pacific Command said the launch posed no immediate threat to the United States or its allies but added that it highlighted “the destabilising impact” of Pyongyang’s illicit weapons programmes.

Talks over North Korea’s nuclear disarmament have floundered since Donald Trump’s second meeting with Kim Jong Un in 2019, when the former US president rejected a request for major sanctions relief.

The US keeps about 28,000 troops in South Korea to help deter potential aggression from North Korea.

Seoul and Washington say their drills are defensive in nature, but they have cancelled or downsized them in recent years to create space for diplomacy or in response to the coronavirus pandemic. 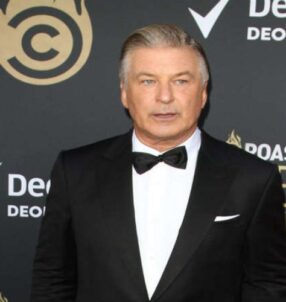