You are here: Home  /  ECONOMY  /  Pension triple lock at risk of being AXED as Rishi Sunak under pressure- are you affected?
ECONOMY Pension triple lock at risk of being AXED as Rishi Sunak under pressure- are you affected?

State Pensions rise each financial year in line with the triple lock scheme.

This means the amount State Pensions will increase is the highest out of average earnings, the annual inflation rate or 2.5 percent.

Now average earnings are projected to be up by eight percent in data from July.

However, this figure is so high because a year ago the UK was under strict lockdown restrictions which crippled the economy.

This led to a fall in earnings, and this year’s high average wage figure.

Given this ‘quirk’ in the data, Mr Sunak is being urged to suspend the triple lock scheme.

Around 12 million Brits claim State Pension, and if the triple lock scheme remains in place they will see payments increase by eight percent next financial year.

This would boost State Pension payments by around £500. If this was to happen, the annual State Pension increase would add approximately £900m to annual spending next year and in the years to come.

Julian Jessop, an economics adviser to the free-market think tank, the Institute of Economic Affairs told The Guardian: “The pay data have been distorted by the pandemic in ways that no one could have anticipated.

“Unless the triple lock is changed, this will provide an unintended windfall to pensioners that is increasingly hard to justify.”

Figures from the Office for National Statistics (ONS) show the true reflection of wage increase would be between 3.5 and 4.9 percent.

The ONS said the official figures had been “affected by temporary factors that have inflated the increase in the headline growth rate”.

The manifesto read: “On entering government in 2010, the Conservatives acted decisively to protect the UK’s pensioners.

“The ‘triple lock’ we introduced has meant that those who have worked hard and put in for decades can be confident that the state will be there to support them when they need it. We will keep the triple lock.” In July Mr Sunak said: “The triple lock is the government’s policy but I very much recognise people’s concerns.

“I think they are completely legitimate and fair concerns to raise.

“We want to make sure the decisions we make and the systems we have are fair, both for pensioners and taxpayers.”

If the triple lock scheme was permanently disbanded and an increase of 2.5 percent happened each year instead, anyone who celebrates their 66th birthday in 2021 would be nearly £12,000 worse off by the time they reach 85.

However a decision is yet to come, so pension claimants will have to wait and see what the Government decides.

Ian Browne, a pensions expert at Quilter, said: “The triple lock is a ticking time bomb for the Chancellor, and time is quickly running out for Sunak to make one of the most contentious spending decisions of a generation.

“Does he risk jeopardising the grey vote by tweaking or scrapping the lock to save a pretty penny, or does he hold fast on the lock and give pensioners a seismic boost to their income despite the controversial cost?

“Sunak will have to decide whether to cut the red wire or the blue wire, but so far he has just stalled.” 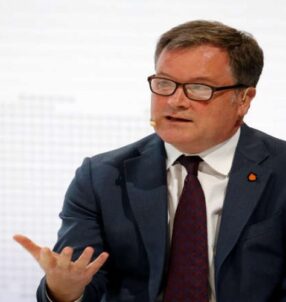