You are here: Home  /  SPORTS  /  Team GB’s Paralympians race over 100-medal mark at Tokyo games in another day of glory
SPORTS Britain’s Paralympians raced past the 100-medal mark in Tokyo yesterday on another day of glory.

Emma made history in the first VL2 event, which uses a Va’a boat, an outrigger canoe with a support float – and goes for gold in the kayak today.

The 41-year-old, of Harrow, North West London, said: “I’m unbelievably chuffed. It feels incredibly emotional because of the struggle everyone has had globally.”

The 33-year-old, from Colchester, Essex, said: “To just get it right at the right time, I am so relieved, elated, excited and crying my eyes out.” 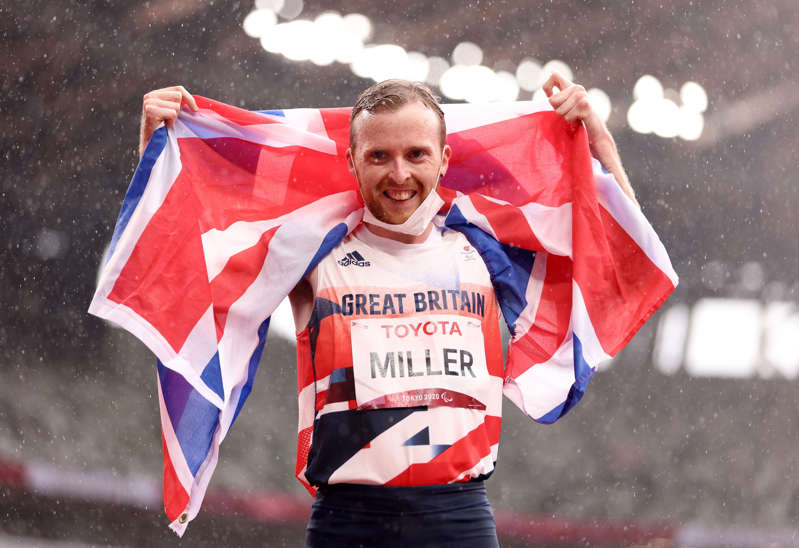 The 29-year-old, from Dunfermline, had finished sixth at the 2019 World Championships, while his Russian rival and the US’s Michael Brannigan had been the favourites for gold.

There were silvers for tandem pair Sophie Unwin and pilot Jenny Holl in the women’s B road race.

There was also silver for the universal relay squad of Libby Clegg, Jonnie Peacock, Ali Smith and Nathan Maguire. They came third but got promoted after China were banned.

Libby said ending her career with a medal was a “dream come true”.

Jeanette Chippington, 51, competing in her seventh Games after her debut as a swimmer in Seoul 1988, finished third behind Wiggs to claim our 100th medal of the Games.

Jeanette, whose mother suffers from dementia, said: “Dad would be so proud. I’ll show mum the medal.”