You are here: Home  /  TOURISM  /  Travel testing firms’ kits cost twice as much as advertised
TOURISM Travel testing firms’ kits cost twice as much as advertised

Travel testing firms have been accused of overcharging holidaymakers after advertising kits for up to half the price that the customer actually had to pay.

An investigation by Which?, the consumer group, found three of the cheapest firms on the Government’s website claimed to provide tests for as little as £60 when they actually cost twice as much.

The companies have now amended their prices, dropping them out of the top ten cheapest firms on the Department of Health and Social Care’s website.

Which? also uncovered test providers listed on the government’s website that were not actually offering testing services at the time they were listed.

Rory Boland, Which? Travel Editor, said: “Weeks on from some international travel being allowed to resume, it’s very concerning to still be uncovering such serious problems with the Government’s testing system for travellers.

“These are problems that could have easily been ironed out well ahead of travel restarting, had proper regulatory oversight been ensured early on.”

However, on further inspection, it transpired that these prices were either for booking one at-home test, or for booking a single test carried out in a clinic, rather than both Day 2 and Day 8 tests that are required for returning from an amber list country.

After Which? contacted the DHSC, the prices for tests from these providers were amended to show prices ranging from £100 to £160, and the three companies no longer appeared in the top 10 cheapest providers.

Both Biograd Diagnostics and Screen4 told Which? that there was an issue with how the DHSC recorded price information, suggesting that the incorrect prices had been listed by DHSC.

Since then, Which said it had seen other companies jump to the top of the government’s list by appearing to be among the cheapest, with the price for just one test quoted, rather than the two needed.

Meanwhile, it emerged yesterday that nearly one in five Britons are prepared to defy Government advice and take holidays in amber countries where they have to quarantine on return.

The number is even higher among younger people with more than a third (34 per cent) of 18 to 24 year olds saying they would consider travelling to an amber list country such as Spain.

The poll of 2,000 adults by Survation shows that one in four Britons (24 per cent) or more than 16 million people are still considering going abroad this summer.

This comes despite Government ministers’ increasingly strident warnings that foreign holidays are effectively on hold this year after the axing of Portugal from the green list.

The survey was commissioned by Covid testing firm Project Screen by Prenetics, which on Thursday launches a campaign to remove 20 per cent VAT from holiday Covid tests to slash costs. 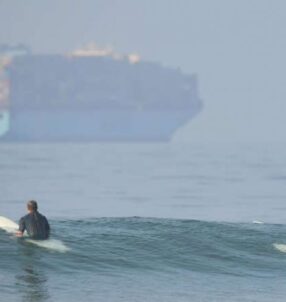