You are here: Home  /  WORLD  /  Trump starts speaking tour in Florida as shows fail to sell out
WORLD Former President Donald Trump will kick off his four-date speaking tour with former Fox News host Bill O’Reilly on Saturday, though tickets have far from sold out.

With only days before the tour is slated to start, Newsweek discovered that none of the events have sold out, and that tickets were still widely available.

However, just because shows have not sold out does not mean they haven’t made the former president and the sex scandal plagued former Fox News pundit money; more than 1,000 tickets have been sold between the two Florida speaking venues.

The tickets that have sold cost $100 each, and VIP and premium tickets were available for several thousand dollars.

The tour, dubbed the “History Tour,” will start on Saturday at the FLA Live Arena in Sunrise Florida, with a second speaking engagement scheduled the next day at the Amway Centre in Orlando.

The final two dates for the tour will take place on 18 and 19 December at the Toyota Centre in Houston and the American Airlines Centre in Dallas, respectively.

Despite reports that the tours were not selling well, a spokesperson for both Mr O’Reilly and Mr Trump said that the speaking engagements had already generated between $5m and $7m in revenue.

Speaking engagements are nothing new for Mr Trump; he held a seemingly endless stream of rallies during his primary campaign and during his presidency. Those rallies were free to attend, making the ticketed tour a bit of a departure for the former president.

The venture appears to be something of a fundraising and media opportunity for Mr Trump as he continues to tease a possible 2024 presidential run. Since leaving office, he has continued to give interviews to right wing media outlets, often repeating his fraudulent allegations that the 2020 election was stolen.

Even though tickets to the events have not sold out, Mr Trump regularly polls at the top of lists of Republican voters’ preferred 2024 presidential candidates, and continues to communicate with his faithful followers despite being banned from the largest social media platforms through tweet-like written statements circulated on his website.

Mr Trump is likely to use the tour to hawk his new SPAC-backed social media platform, “Truth Social,” which is scheduled to launch sometime in the first quarter of 2022.

“I created TRUTH Social and TMTG to stand up to the tyranny of Big Tech,” Mr Trump said in a statement announcing the platform. “We live in a world where the Taliban has a huge presence on Twitter, yet your favorite American President has been silenced. This is unacceptable.”

The platform has already come under investigation by the SEC and the Financial Industry Regulatory Authority requesting information from the SPAC backing Truth Social. 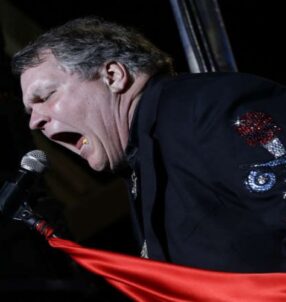