You are here: Home  /  GEOPOLITICS  /  Brexit threatens EU unity: ‘What will we do now UK has left us alone with French?’
GEOPOLITICS Brexit threatens EU unity: ‘What will we do now UK has left us alone with French?’

The EU put up a united stance against the UK during Brexit trade talks, with negotiator Michel Barnier backed up by other leaders in the bloc. This led to a long stalemate between Brussels and London and both sides sought to advance their interests. Fishing, trade and laws were all contentious issues, but eventually a deal was reached. As the UK officially left the bloc in January 2020, the EU was warned that its unity would be put to the test by Britain’s withdrawal.

As the Telegraph reported, Brussels diplomats even joked: “What are we going to do now the British have disappeared and left us alone with the French?”

In February 2020, experts assessed how the power dynamics in the bloc would change now that a major player had left.

Christian Odendahl of the Centre for Europe Reform said that “Germany’s role is shifting”.

He added that after Brexit “an important counterweight to France, and a close ally of the central and eastern EU countries, is now missing.”

Mr Odendahl continued: “Germany needs to play the moderator more than in the past, and will not be able to formulate bold visions for Europe any time soon.”

Andrew Duff, the president of the Spinelli Group which lobbies for a more federal Europe, said that the bloc hadn’t properly considered the negative impacts Brexit would have.

He said: “The EU has not yet, in my view, understood the full consequences of becoming smaller, poorer and therefore weaker.

He said: “Clearly Sweden is missing the UK more than most, because the UK and Sweden were very well aligned on a number of issues.

“Now Sweden no longer has that really powerful ally, so Sweden is missing out more than most on British support.

“They shared similar views on exports, trade and foreign policy for example. The UK and Sweden regularly teamed up on other issues.”

Sweden is one country that has not adopted the euro, and some experts believe that this could also be a source of division in the EU.

The EU countries that do not use the euro as their currency are Bulgaria, Croatia, Czech Republic, Denmark, Hungary, Poland, Romania and Sweden.

Sebastian Plociennik, head of the EU programme at the Polish Institute of International Affairs, warned that these countries could be pushed towards eurozone membership. 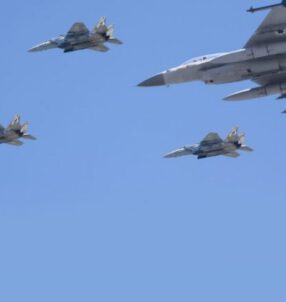