‘It’s nostalgic’: 100 years of memories at the Kytherian Association of Australia’s family day

“Look that’s me!” one elderly woman exclaimed at the Kytherian Association of Australia’s (KAA) 100 Year Nostalgia Family Day on Sunday.

The woman had just spotted herself in a row of photographs depicting over 32 Debutante Balls from the KAA’s history and she couldn’t wipe the smile off her face.

This sentiment of nostalgia echoed off the walls of the Panarcadian Federation Club in the Sydney suburb of Ashbury, as members of the KAA walked through an exhibition showcasing photos from the association’s inception in 1922 right up until its present day.

Amongst the photos and artefacts on display were some from the Kytherian Football group, the Kytherian Dancing Groups over the years, as well as Kytherian youth taking cooking classes.

On the day, there were also a number of speeches by the KAA’s newly elected and first-ever female President, Barbara Zantiotis, as well as Andrew Malanos from the KAA’s Centenary Committee.

Attendees could even enjoy Greek dancing performances, a cooking demonstration by the Kytherian Kitchen, and could also register to get their name on a special Kytherian panel which will be on display at the National Museum of Australia’s Monument to Migration.

“Today is an amazing day. We have so many people in attendance today and it just shows how much the association means to the Kytherian community,” Ms Zantiotis told The Greek Herald. 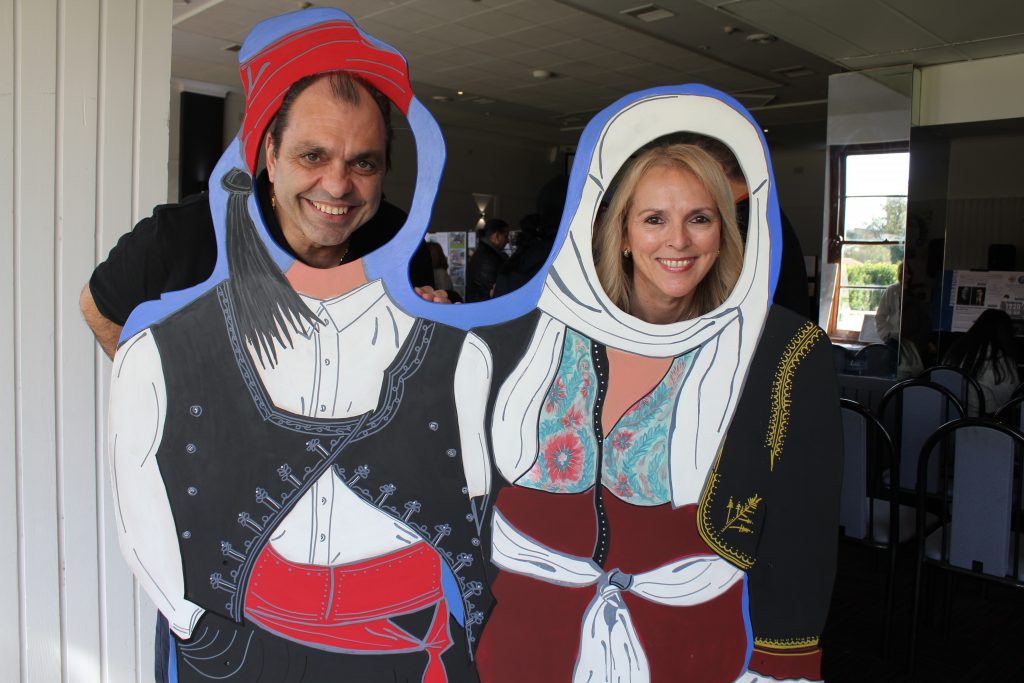 Esther Calligeros, who is on the KAA’s Ball Committee and was in charge of the Debutante Ball display, told The Greek Herald that a lot of work went into the exhibition but she was incredibly proud of it.

“I realised when I was going through ball programs that we did not have colour photos from ten years ago, they were black-and-white in the programs. So I approached matron of honors from balls to send us colour photos… and this is the result,” Esther said as she pointed to the display proudly.

“I’m actually thrilled that I was able to do that because we haven’t seen these photos before.”

94-year-old Stephen Zantiotis was also amazed at the photo exhibition.

“My dad was one of the early members of the association and now look at the Kytherians!” he told The Greek Herald with a smile.

These words by one of the association’s oldest members were also echoed by some of the younger people in attendance at the family day.

Alexis Arbolino came to the event with her two young children and Italian husband, Adam. He told The Greek Herald he wanted to bring his family along because “it’s important that we make an effort to keep the traditions and the culture going for our kids.”

“I grew up in the Kytherian Association so this kind of brings back memories which for me makes it more important that I get my kids involved in this so they sort of have those same memories and same connection to Kythera that I had growing up.”

An important purpose which the KAA’s Nostalgia Day definitely fulfilled.